Samsung Galaxy A12 tipped to launch in India at Rs.12,999 | Full Specifications leaked 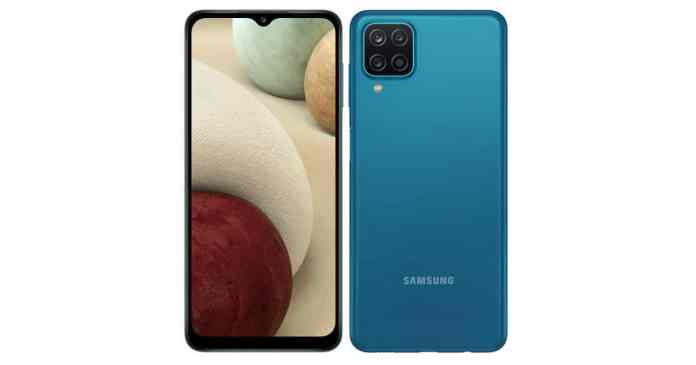 A new leak coming from tipster Abhishek Yadav tells us about the details of the upcoming Galaxy A12. It is expected to feature a 6.5-inch Infinity-V notch display which comes with an aspect ratio of 20:9.

In terms of optics, it showcases a quad-camera system that includes a 48-megapixel primary camera, a 5-megapixel ultrawide lens, a 2-megapixel macro shooter, and a 2-megapixel depth sensor. The model which is released in the other markets is powered by Helio P35 SoC though there is no surety that the smartphone will be powered by the same mobile processor in India as well.

Galaxy A12 comes with an HD+ resolution and houses a 5,000mAh battery unit. This battery cell is paired with 15W charging support. The fingerprint scanner can be seen present on the side of the smartphone. To better the voice experience, it features Dolby ATMOS which supports 3D surround sound.

The internal storage is 128 GB and it can be expandable with the aid of a microSD card slot. The handset is tipped to arrive in two storage variants; 4 GB RAM + 64 GB storage and 4 GB RAM + 128 GB storage. The three colours it can likely come in are blue, white, and black. The price of the device is expected to be Rs 15,000 or approximately $206 in India.