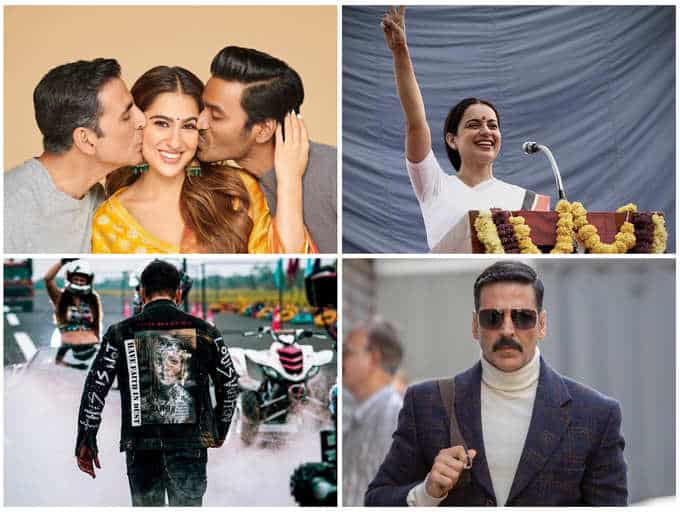 In the year 2021, the pandemic situation has come in control of our normal life. Hence, we have many films a has already been released in January, and also the malls and theatres are going to open this February for movie lovers.

There are many brilliant movies has set to release in February 2021. All of the movie categories will be available in February also on the Online Video Streaming platform and theatre too. We will be going to get a huge amount of movies in the coming February.

Here is a list of upcoming Indian movies in the theatre in February 2021:

It is an upcoming incredible Indian movie that will depict the story of a soldier who sacrifices his life in a terrorist attack and after the attack, it will also depict the difficulties of his family after the attack. In this film, Sharman Joshi, Ranjha Vikram Singh, Bidita Bag, Mahi Soni, Mugdha Godse, Zarina Wahab, and Shishir Sharma will be featuring in this movie.

This is an incredible movie with a fantastic storyline. This movie is based on today’s youth, their insecurities, troubles, confusions, dramas, and dilemmas. It depicts two engineering graduates’ struggle on their journey to success and the failures they have faced through this.

It is a romantic love drama film that is going to release in Feb. In this film, two lovers have been involved in a relationship and are permitted to meet only on ‘Tuesdays & Fridays’. This movie is directed by Taranveer Singh. Anmol Thakeria Dhillon, Jhataleka Malhotra will be featuring in this movie.

It is an Indian romantic drama film directed by Aanand L. Rai. Akshay Kumar, Dhanush, and Sara Ali Khan have been played the lead roles. It is set to release on Valentine’s day, hoping this will help increase the sense of love among the young couple.

It is an autobiography film. This film is based on the biopic of the Indian Woman Cricketer Jhulan Goswami. It is expected that this will be an incredible one in 2021.

This movie is basically a Hindi remake of the Tamil film Kaithi starring Karthi. This film is mainly produced by Ajay Devgn Films, Reliance Entertainment, and Dream Warrior Pictures. It is an action movie.

This film is based on the Gaalib Guru, the son of Afzal Guru. Afzal guru was involved in the 2001 parliament attack and sentenced to death. The Supreme Court was passed this order and he was hanged to death on Feb 9, 2013.

It is also a heartwarming Hindi horror movie. This movie is basically a Hindi-remake of the Marathi film ‘Lapachhapi’. In this movie, Nushrat Bharucha will play the lead role. We can see her in a new look and completely in a different category of movies. Vishal Furia is the director of this movie.

It is a Hindi language drama that has been set to release this February. The most talented actress Vidya Balan has going to play the lead role in this film. Ami Masurkar is the director of this movie.

This amazing adventure movie revolves around behind our world, which consists of many dangerous and strong monsters rules in their area with terrible ferocity. The army Lt. Artemis and her loyal soldiers have transported at that world.

A villager named Pharsua, the story is based on this man who has first time enroll for the Aadhar card in his whole village but due to concern of his wife’s health by the village priest has fixed to uphill the task of getting his number changed.