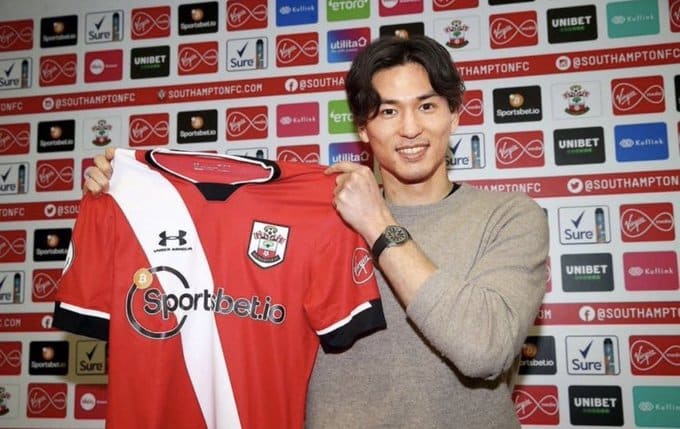 Liverpool’s Takumi Minamino has joined fellow Premier League club Southampton on a loan deal till the end of the season, as confirmed by both clubs on their official social media handles.

Minamino joined the Reds from RB Salzburg last January, for a fee worth €8.5 million and has since made 31 appearances for Liverpool, scoring 4 goals and assisting 2 in all competitions during his time under Jürgen Klopp. However, he has not managed to establish himself as a clear cut starter ahead of Salah, Mane and Firmino.

The loan to Southampton does not contain an option to buy the player, and the 26-year-old will return to Anfield at the end of the season. His arrival at St Mary’s will increase Southampton’s chances of securing a finish in the top half of the table and potentially challenge for a place in the Europa League as well.

Southampton have been very impressive under Ralph Hasenhuettl so far this season and could be looking at a strong finish to the season with the addition of Minamino to their attacking lineup.

Harry Redknapp has talked about the fact that Jürgen Klopp’s stance on the winger has changed. Here is what he had to say:

“Well, he’s not done it at Liverpool, has he?” the former Saints manager told Sky Sports. “If Liverpool fancied him they wouldn’t have let him go.

“They wouldn’t be letting players go out on loan if they weren’t any use to the squad.

“If he [Klopp] felt that he was of any use then he would have kept him there. But his form hasn’t been good and he hasn’t looked good enough, to be fair, at the moment.”

The Saints travel to Manchester United tomorrow, and fans can expect to see their new acquisition on the pitch in their showdown against the Red Devils.