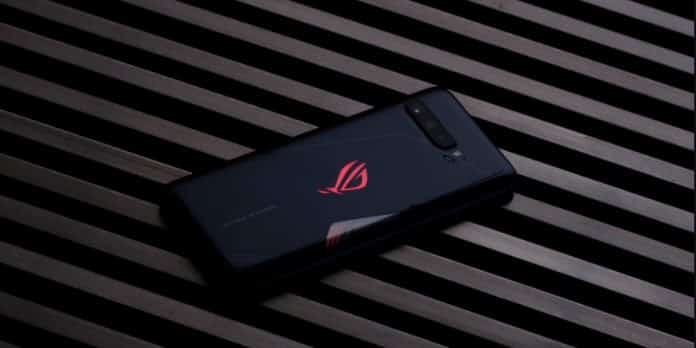 In the mobile gaming industry, the ASUS ROG Phone 3 is like a boss at present. The brand launched all its gaming-centric smartphone at regular intervals over the past few years. It’s quite obvious, in 2021 too, the fans are waiting for the successor of the existing ROG Phone 3. Probably to boost their interest, four side views of the next smartphone pops up on the internet along with the TENAA certification. As per the information, the new phone will be named ROG Phone 5.

The TENAA certification reveals that the ROG Phone 5 will have dimensions of 172.834×77.252×10.29. The entire structure holds a 6.78-inch screen, a 5960mAh battery, and a SIM slot. In the software part, there will be Android 11. As I mentioned earlier, the four side images of the phone are also come out. Those disclose that the ROG Phone 5 will come with a triple camera setup followed by a flash. Lastly, the handset will be 5G capable.

In case you don’t know, The new ROG Phone with the model number ASUS_1005DA was earlier spotted on GekBench with the recently launched Snapdragon 888 processor and 8GB of RAM. You can read that from here.

There is more information left to come out, apart from pricing, such as the display resolution, charging wattage, camera specs, memory variants, and the most important specs – gaming features.

The naming sequence is still confusing as the upcoming smartphone name should be ASUS ROG Phone 4 if we follow the trend, however, as per the leaks, it’s 5. We have to wait to get more clarification.