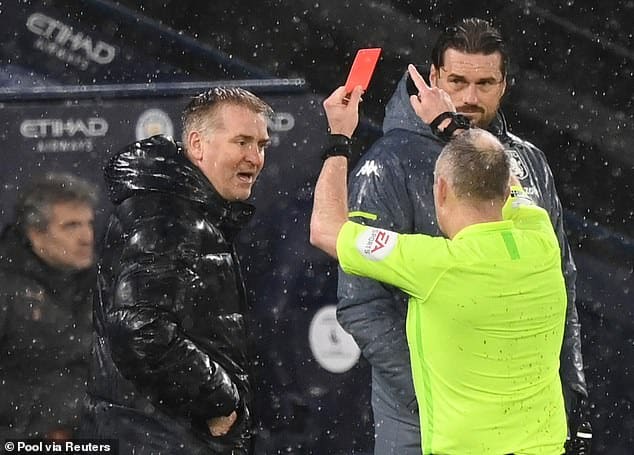 Aston Villa’s clash against Manchester City was a memorable 90 minutes which showed quality on the pitch, as well as a fair share of controversy that always seems to surround the Premier League. The first goal of the game came midway through the second half and had an unfair buildup, leading to the finish by Bernardo Silva.

City midfielder Rodri came back from an offside position to steal the ball from Tyrone Mings in his own half, and then went on to set up Silva for the opener. The outrageous reaction to the goal from Villa boss Dean Smith got him sent off and the Midlands club proceeded to concede a penalty later in the match to end the match two goals down.

Refereeing body PGMOL held a discussion with IFAB and UEFA to discuss the issue. Here is what the two governing bodies had to say regarding the debated outcome of the move pulled off by Rodri:

‘Where a player in an offside position immediately impacts on an opponent who has deliberately played the ball, the match officials should prioritise challenging an opponent for the ball, and thus the offside offence of ‘interfering with an opponent by impacting on the opponent’s ability to play the ball’ should be penalised.’

Hence, should a player come back from an offside position and tackle a defender in possession, any goal following the move would be ruled out. However, if the defender is given the chance to play the ball and is then intercepted, the goal will be allowed to stand, if it occurs.