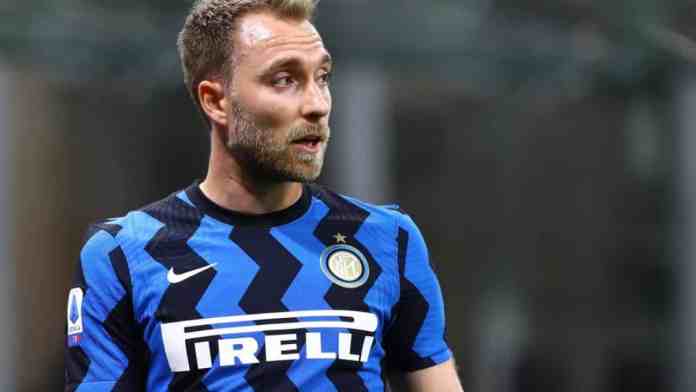 Christian Eriksen will stay at Inter Milan until next summer.

Last month it was reported that the Danish midfielder will leave the club in January. Inter Milan CEO, Beppe Marotta also revealed the potential departure of the midfielder.

The Danish midfielder left Tottenham Hotspur after 7 years and joined Inter Milan last January. The 28-year-old midfielder has played 305 games for the London side and scored 69 goals.

He has faced a tough time in Italy. In his first 40 games for the Italian side, he has scored only 5.

The 28-year-old was linked with Manchester United for a long time. Paris Saint-Germain was also interested in him. It was speculated that he will join the French side where he will reunite with his former manager Mauricio Pochettino.

But yesterday after the Milan derby Conte said, “Christian Eriksen will stay here at Inter. He’s not leaving because we’re not signing any player, so we won’t let him leave the club. I’m so happy for his goal.”

Inter Milan are in the race of Serie A title this season. Eriksen is an excellent midfielder. If he get back his form and confidence then it will be a plus point for Inter in the remainder of the season.