Real Madrid knocked out of the Copa Del Rey by Alcoyano 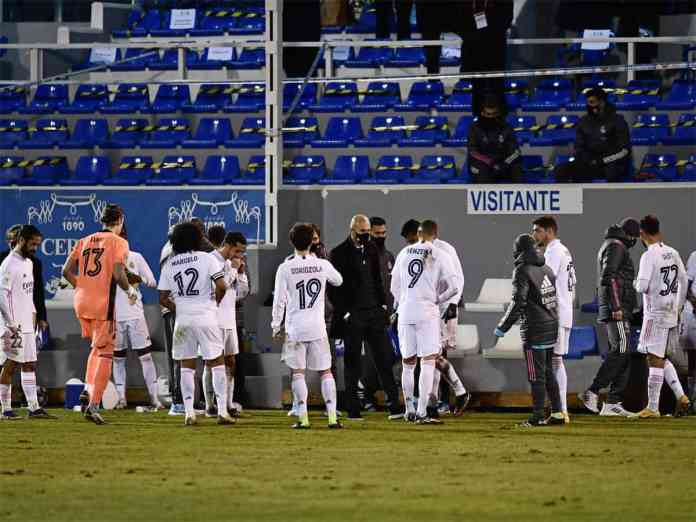 Real Madrid’s bad run of games continues. Real Madrid lost to Spanish third division side Alcoyano last night in a Copa Del Rey tie and was knocked out of the tournament in the Round of 32. Alcoyano beat Real Madrid quite surprisingly.

Real Madrid took the lead in the first half in the 45th minute of the game from flying back post header by Eder Militao from Marcelo’s cross. The Brazilian duo connected to put Real Madrid into the lead.

The match went to the extra-time. In 110th minute Alcoyano midfielder Ramon Lopez Olivan was sent off. But 10 men Alcoyano scored again in the 115th minute and won the game.

After the loss, Real Madrid boss Zinedine Zidane took the responsibility for the loss. He said, “When you lose, you always talk. I take responsibility and whatever has to happen, will happen. I am very calm, the players wanted to win the game. They try and sometimes different things happen. You have to assume responsibility.”

Some fans and media suggest that he can be sacked after this loss as well. Real Madrid lost two cup games in two weeks. It will affect Zidane’s job surely.