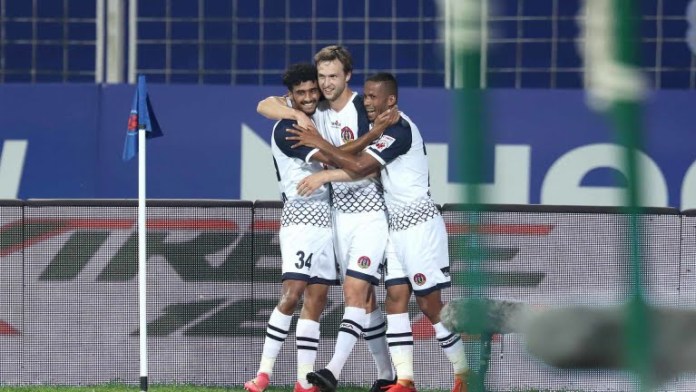 After a tough start in Hero ISL, SC East Bengal is finally picking up the momentum. The Red & Gold beat Bengaluru FC by 1-0 today. This is their second win in the ISL and is now 5 games unbeaten in the league.

SC East Bengal has started the new year in excellent form. The Kolkata Giant took the lead today against Bengaluru FC in the 20th minute. East Bengal midfielder Ville Matti Steinmann put them in the lead with a clever flick from a low cut back from Narayan Das. Bengaluru FC tried to pull one back but East Bengal goalkeeper Debjit Majumdar has denied them.

Bengaluru FC recently sacked their manager Carles Cudrat. Naushad Moosa is the interim coach of Bengaluru FC. After the match, Bengaluru FC coach Naushad Moosa said, “It’s not been easy for me. It was all of a sudden and we knew the relationship we had with Carles, it wasn’t easy for us. For all the players, I had to really sit with everyone and talk to them. The players made me feel comfortable and showed me they are professional and here to play football.”

“Three sleepless nights, it’s not been easy for me. I was confident that we can bounce back. Unlucky goal but the way we played today, we can get back. Even East Bengal, they have been on top, and they were also desperate for the victory. I am sure we will come back and give a positive performance in the next match.

“I want to rely on youth now. The way Parag played in the first game, it was unlucky he got injured. Bhutia, Amay, was nervous but it was their first game. I do want to give them more time. We still have 10 games to go and it’s not over for us.”

SC East Bengal has slowly started to find their momentum in the league. January addition Raju Gaikwad, Ankit Mukherjee, and the Nigerian star Bright Enobakhare is proving their worth.

SC East Bengal is now 9th in the table with 10 points from the first 10 games in the league. Robbie Fowler’s men are now 5 points behind the top 4.