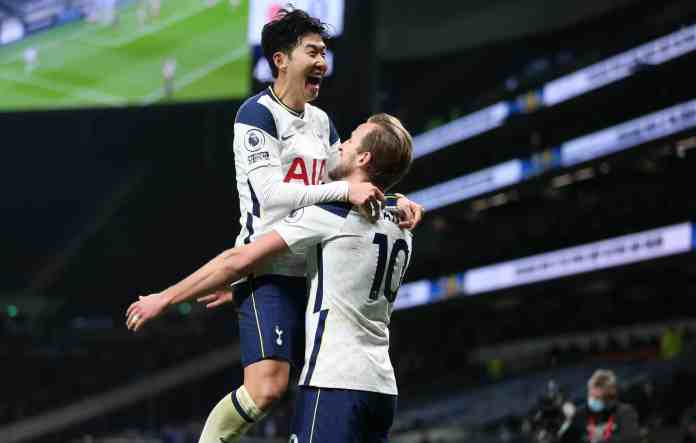 Jose Mourinho’s Tottenham Hotspur faced Marcelo Bielsa’s newly-promoted Leeds United. Leeds created multiple chances early on by a Kane penalty settled the nerves as they went on to win the match by 3-0.

Tottenham forwards, Harry Kane and Son Heung-min continued their fine form and combined for their 13th league goal of the season. They have equalled the all-time Premier League record set by Alan Shearer and Chris Sutton for Blackburn in 1994/95 – despite only being 16 games into this season. They are on the path of making a record which will be almost impossible to break.

Son has also scored his 100th goal for Tottenham Hotspur after signing from Bundesliga side Bayer Leverkusen five and a half years ago.

Jose Mourinho is extremely happy with the performance of this duo and said they are achieving special things this season.

He told BT Sport: “The three points are very important. I think we understood well how they could hurt us and how we could hurt them. In that aspect I am happy but I still think we can and have to do better.”

Mourinho further said about the Kane-Son duo: “Of course, the understanding is good and against Leeds it was important to have that ability in attack. They stay man-to-man so if you stay static you give them an easy job. That movement of Harry Kane and Sonny in the finishing positions fit well.”

“I think in the Premier League there are many good players everywhere even in clubs where you don’t believe they can have great players. But I have to say that Sonny and Harry are doing special things this season.”

Mourinho further dismissed claims of Spurs playing easier fixtures now after failing to win their last 3 league matches: “When we played the people who are considered the top six people say easier games are coming but I of course don’t believe it. Leeds are difficult and Aston Villa is my favourite team in the Premier League at the moment. I enjoy watching them, they have good players and very well coached. This is up next.”