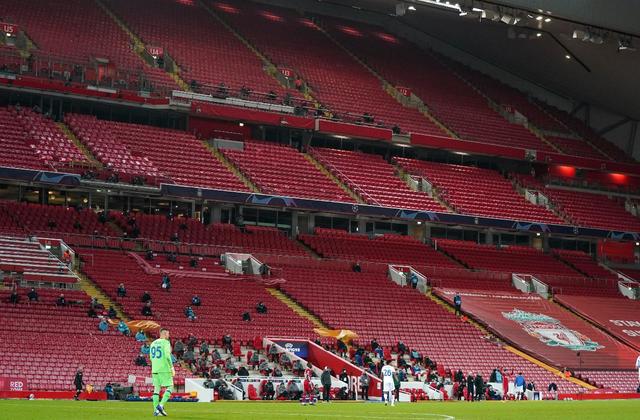 After a long wait, fans were allowed to the stadium in England during the first week of December. The UK government has used the tier system to allow the fans in the stadium.

Tier 1 was for lower-risk areas. A maximum of 4000 fans was allowed in those areas.

Tier 2 is for relatively higher risk areas than tier 1. A maximum of 2000 fans was allowed in those areas.

Tier 3 is for highest risk areas. No fans were allowed to enter in those regions.

Most of the Premier League clubs were in tier 2 and the rests were in tier 3. But recently the coronavirus infections have started to rise again in most parts of England. The game between Manchester City and Everton was postponed as some of the Manchester City members have been tested positive. Sheffield United and Southampton FC team members also affected by the virus.

The UK Government is now forced to take some precautions again to stop the rapid outbreak of the virus. All the clubs are now moved to tier 3 restrictions.

Liverpool and Everton were the only clubs that have the permission to allow fans into the stadium in the festive seasons. But yesterday both the Merseyside club has been moved to tier 3. It means the Premier League is behind closed doors again.

Football without fans in the stadium is very disappointing. But everyone’s safety is much more important than that. So everyone has accepted the decision.