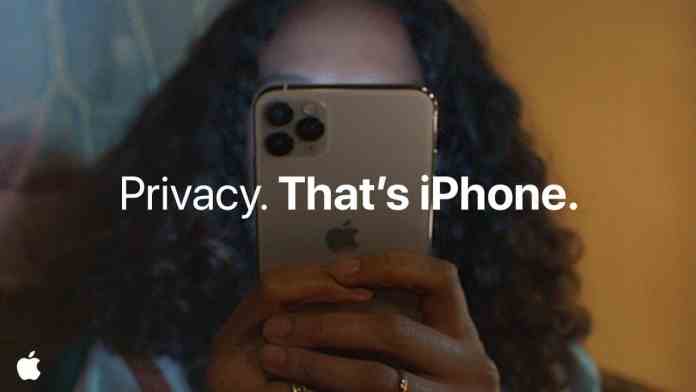 Days after days new and different applications are making their entries into our daily lives. Some of them are really useful whereas the other ones are very dangerous for your device’s security as well as its privacy. We have been hearing a lot of news every day regarding data leaks, hacking the user’s devices, and many more. So, it is very important to secure your device from these threats. When talking about smartphone security, the first name that comes to our mind is the security of iPhones. If we compare it with Androids, iPhones are much more secure than Androids. Apple’s recent iPhones run on the latest iOS 14 which is way more secure than its predecessors. In this post, we are going to tell you 16 golden tips, by which you can improve the security and privacy of your iPhone, which runs on iOS 14.

1. Stop Apps from Tracking You Across Apps and Websites

This is one of the most common problems when you try some new apps on your device. Whenever, you start using that app, without letting you know, it starts accessing other things of your device (such as your across apps and websites). Some of the apps want your permission to use your camera or Facebook or anything else. But some of the apps are there as well who never ask for your permission and just make their entry into your privacy. You never know, what is going to be the next steps. It may hack your device and send all of your personal information through the dark web.

While using iOS 14, apps will definitely ask your permission to access other apps and websites. Now, if you have allowed them to track your activity, they will collect most of your personal information, such as age, gender, and location detail to deliver personalized ads to you and those will surely annoy you while you’re working on some important thing through your device. So, you need to stop that app from tracking your device.

All you need to do is to open the Settings app -> Privacy -> Tracking. Now, turn off the switch right next to “Allow Apps to Request to Track”.

2. Keep a Tab on the Green and Orange Dots

iOS 14 brings its users very interesting as well as a useful feature for securing the privacy of the device and the user. By this feature, the user can easily find out which app is currently using a camera/microphone on his/her iPhone. Whenever you use an app for the very first time, it asks for your permission in plain language if it can access your camera or microphone or both (such as Instagram, Facebook, and so on). To find out, whether your app is using your camera or microphone, there is a feature in iOS 14, called the “Green Dot, Orange Dot” feature. Let’s see how this feature works.

Green Dot: While you’re using an app that can access your camera if you see a green dot in the status bar (just above the WiFi and cellular signal bars), it means that the app is currently using the camera.

Orange Dot: The same thing goes with the orange dot. If you see an orange dot in the status bar, it means, that the app is currently using your microphone.

3. Restrict Apps from Having Access to Your Local Network

So, to make a stop in this thing, you have certain steps to follow, you need to launch the Settings app on your iOS device and choose Privacy. Next, go to the Local Network and tap on it by which you can see the list of all the apps that have access to your local network. Now, things are in your hand, just turn on/off the switch right next to each app to control its access.

Most of the users have some private photos in his/her gallery. It will be a sheer embarrassment for the user if someone else gets access to those images. So, it is important to hide them away from the prying eyes and for that, iOS 14 is here to secure your private photos. You have to follow a couple of steps to keep your hidden album out of sight.

Whenever someone is using the sharing sheet, contact suggestions appear quite most of the time. For some people, this suggestion is very helpful for them whereas some other people are there as well who don’t want them to appear in the share sheet. Maybe, he/she wants to prevent some of its personal contacts from popping up in the sharing sheet.

So, to remove contact suggestions in the share sheet, you need to follow the steps: go to the Settings app, then Siri & Search. From there, you can turn off the toggle for Suggestions when Sharing. From now on, Siri will not suggest any contact in the sharing sheet. To change this setting, follow the similar steps, and at the last step, just turn this toggle on.

On-Device Dictation has long been one of the most useful and loved features of iOS whereas, in the latest iOS 14, this feature becomes much more efficient by which you can enter accurate text just by using your voice. Another important thing is that the whole process is done offline, which means, there will be no internet connection needed here to use this feature.

To activate the on-device dictation feature on your device, go to the Settings app, next go to General, then Keyboard, and at last, head over to Enable Direction. From now on, you can use this feature by simply tapping on the microphone icon to enter text using your voice.

7. Transfer Existing Web Accounts to Sign in with Apple

So many apps are there in the market, those have been found reading clipboard even without taking permission from users, such as Twitter, TikTok, and so on. It is not that safe to make your clipboard always getable to those apps unnecessarily. Thanks to the keep an eye feature of iOS 14 by which you can always Keep an eye on Clipboard Access.

For this feature, whenever an app has made its access to the clipboard, you will see a tiny banner at the top center. This will let you know that your clipboard has been copied. You just need to keep your eyes on the banner.

Sharing your phone contacts with any third-party app can harm your privacy. So, to protect that, Apple has a Contact Autofill feature. It is a smart feature that prevents you from sharing contacts with third-party apps. This feature works in such a way, whenever you start typing someone’s name, iOS 14 will automatically fill in information like their email addresses, addresses, phone numbers, and so on, stored in the Contacts app. The most important thing about this feature is the whole process is done on-device, with no needed connection with any of the third-party developers.

In iOS 14, you can manage widgets access to your location data, which means, you can now let both the app and the widget access your location at once or you can just allow the app to use your location. You can definitely improve the battery life of your device by controlling the location services.

You just need to follow these steps: Go to the Settings app, next Privacy, and then Location Services and its App. Now, you’ll get multiple options to choose from which you need to select the preferred one: Never, Ask Next Time, While Using the App or Widgets or While Using the App.