Samsung is preparing Four flip and foldable smartphones for 2021 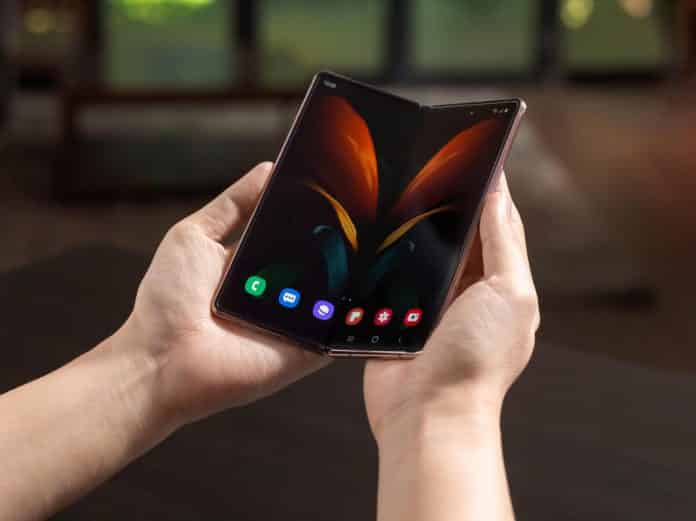 In recent days, Samsung has succeeded in making a rear hype for its upcoming flip and foldable smartphones, such as Samsung Z Flip 2 and the Samsung Galaxy Z Fold 3. Now, a recent report has come out regarding these smartphones that Samsung is looking to launch the Z Flip 2 and the Z Fold 3 in the upcoming 2021, probably in the mid of 2021. Both of them will be 5G compatible devices. So, let’s go and check them out briefly.

After the launch of the Z Fold 2, Samsung is in the works to launch the new beast in the market, Samsung Galaxy Z Flip 2. As of now, the company has not confirmed the launch date. But as per some of the tipsters, the launch of the Galaxy Z Flip 2 will get delayed to the summer of 2021, which means mid-2021. Tipsters have also revealed that this upcoming Samsung smartphone may have stereo speakers. If this will happen, then it will definitely be a huge improvement if we compare it to its predecessors.

Both of its predecessors, the Samsung Galaxy Z Flip and the Z Flip 5G have downward-firing mono speakers on board. So, the multimedia experience can be even better in the upcoming Galaxy Z Flip 2. But unfortunately, we have to wait some more months to get it launched. Earlier, this Galaxy Z Flip 2 was expected to launch alongside the Galaxy S21 series in the first quarter of 2021. But now it seems that it will take even more.

Apart from the stereo speakers and the launch date, the tipsters have not revealed more about the upcoming phone. As per the tweet of a renowned tipster, Samsung Galaxy Z Flip 2 is going to feature stereo speakers. Another report says that the launch of the Z Flip 2 has been delayed to the summer of 2021. If this is true, we will not be going to see anything about this phone in the upcoming launch event of the Galaxy S21 series. The reason is still unknown why Samsung is delaying this launch, which could be due to production or supply issues.

As per the Samsung officials, the Galaxy Z Fold 3 would arrive in June next year. The company has been working hard to mass-produce this premium product next year. In terms of the S-pen support, alongside the Galaxy Z Fold 3, Samsung will use the S-pen with the Galaxy S21 Ultra as well. This can be a valid reason why Samsung is about to discontinue its Galaxy Note series in the future. So, we are going to witness more premium segments from Samsung in place of the Note series, next year.

Samsung Galaxy Z Fold 3: All you need to know about the specifications, price and leaked details