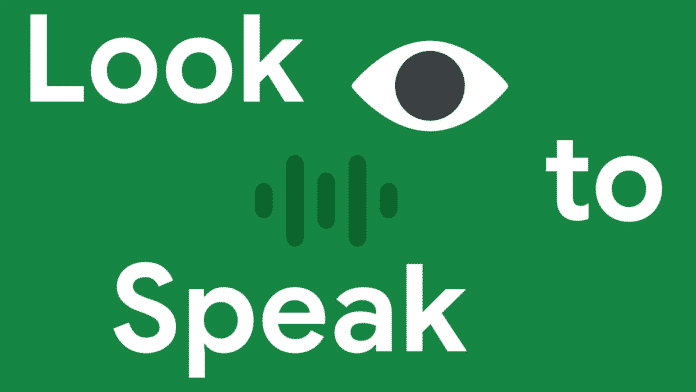 Google has been keeping up with the latest in-demand trends in the market. The developers at the world’s largest search engine company have been extremely busy releasing new updates and new Apps to its Android operating platform. Under the company’s ‘Experiment with Google’ initiative, a new app has been developed by the Android maker.

The app in the discussion is called Look to Speak, and it allows users to select pre-written phrases using their eyes. The selected words are then spoken aloud. The app is now available on Play Store and is only compatible with Android 9.0 and above, as well as for Android One.

Google states that the new app is used to help the people who need such an assistive service. The technology is targeted towards the community of people who are living with speech and motor impairments. The users who are non-verbal or requires communication assistance will significantly benefit from the new service.

According to sources, users have to select the phrases by looking left, right, and up-down. It can even simulate the user’s actual voice. The developers have provided a feature to adjust the eye gaze sensitivity settings. Googles claim that the Look to Speak is a ‘Start with One’ project on the “Experiments with Google” platform. It also claims that Look To Speak could work where other communication devices couldn’t quickly go—for example, outdoors, in transit, in the shower, and urgent situations.

Overall it is an excellent initiative by google as it is aimed at helping the needy. When asked about the app’s privacy regulations, Google stated that its data will be collected or will share.