Kepa to start against Krasnodar in the Champions League tonight 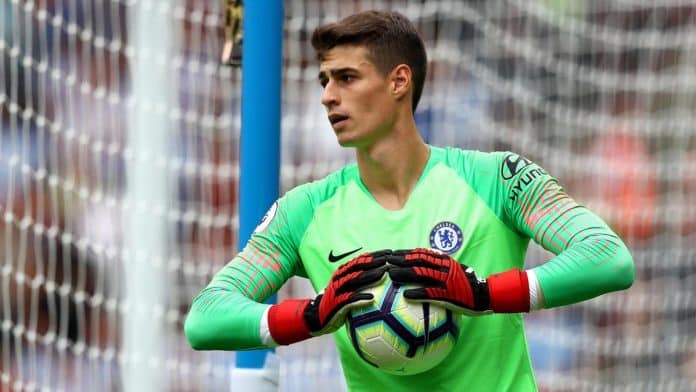 Kepa Arrizabalaga has had a shocking run of form ever since Frank Lampard was appointed as the head coach of Chelsea. A failure to regain his form despite being given multiple opportunities even at the start of this season has seen the Spaniard get relegated to the bench at Stamford Bridge.

Edouard Mendy, having joined Chelsea for £22 million this summer, has been unbelievable between the sticks. He has since started every match that he has been physically available for, despite picking up an injury with Senegal on international duty.

Here is what Frank Lampard had to say to a press conference regarding the selection of Kepa over the newly recruited keeper from Rennes:

“There’s no pressure [to pick Kepa], and I am not saying it is being spoken about, it is to win games.”

“I do that through selections game-by-game and Mendy, of course, has made himself a permanent fixture at this point.”

“The pressure to win games means I pick people in form whether it is a striker, winger or goalkeeper, whoever. At the same time, the game tomorrow is a chance to give Edou a rest and give Kepa a game.”

“He is training well and he deserves it.”

Lampard also commented about the World Record Fee-keeper’s attitude towards the arrival of his replacement:

“How he has been with Edou is very supportive with him. I see that and I see it from afar sometimes as they work together with Hilario [goalkeeper coach] a lot.”

“What I do see when I watch from afar and we are in hotel rooms a lot at the moment is that he is someone who is supporting him quietly, which is right.”

“He is also training well which is the main thing that I look at because the training particularly for goalkeepers, because of the one-on-one training nature, there can’t be one that drops their level.”

“They have to all push each other and I see that in the group and I am very pleased with that from Kepa. His reaction has been spot on.”

Previous articleXiaomi Mi QLED TV 4K launching on December 16th
Next articleFIFA World Cup 2022: EVERYTHING you need to know about the qualifiers for the European teams