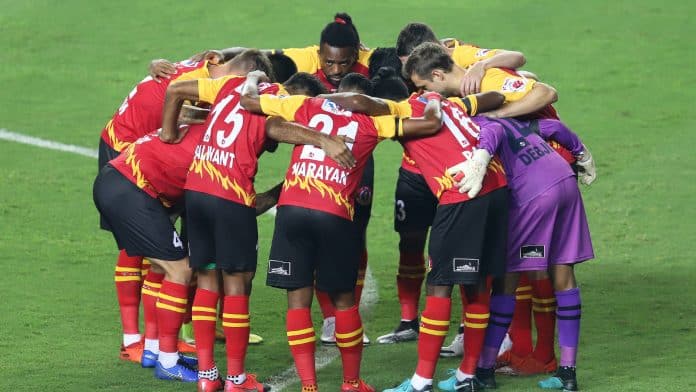 East Bengal is again defeated by Mumbai City FC by 3 goals on Tuesday at GMC Stadium, Goa with their back-to-back defeats in their debut ISL campaign.

East Bengal did not have a good beginning to their debut ISL campaign as they again faced a defeat against Mumbai City FC by a 3-0 margin on Tuesday, after the derby loss on Friday.

EB’s inexperienced backline defense is a concern, as they committed reckless mistakes that eventually cost them the match, with players making individual mistakes.

Another area of concern for EB is Debjit’s Performance between the goalposts as he gave away a penalty against MCFC on Tuesday, where he could have done much better in both the matches with a few goals the team conceded.

“I am devastated myself. I hope players are hurting more than me. We have to go again in 4-5 days [vs NorthEast United FC]. We are still coaching players, some Indian players look like they haven’t been coached before. We are teaching intricate passing. We have to learn pretty quickly. We have to be better,” said Fowler.

Fowler also said, “I will love to have them in all areas of the park in all honesty. But I can’t complain because we have what we have. Individual errors have cost us. The ball over the top in the first game [led to a goal] and same again today [ Adam le Fondre’s opening goal]. When you make errors against a quality side you get punished. Two goals conceded today were our mistakes. We have to work and try to lift them [players].

To sum up, EB has too many holes with a weak strategy and individual player performance. Robbie Fowler has got a lot of work to be done on the team.