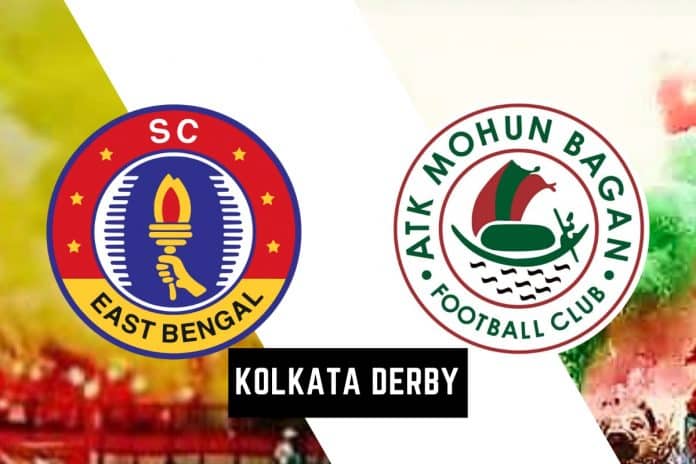 The fiercest, combative and enthralling of all Indian, and perhaps, Asian football derby games, is the one between SC East Bengal and ATK Mohun Bagan. Both teams have stepped up to the Indian Super League and so will meet in a whole new battlefield tonight.

Former Indian national team star Baichung Bhutia talked up the derby prospects and was quoted as saying, “I would be excited to be live on the ground in Kolkata whenever the derby happens. I know the capacity (of the stadium) is 80,000 but there will be a lot of demand for tickets (when fans are allowed). The atmosphere is going to be crazy when the derby happens in Kolkata, so I’m looking forward to being a part of it.”

“The Kolkata derby in the ISL is going to be more passionate and fans of both sides will want to make sure their club defeats the other.” concluded Bhutia in what is certainly a summary of how competitive the match could get at the Tilak Maidan in Vasco tonight.

SC East Bengal will be playing their first fixture in the ISL after their transfer from the I-League. New coach and former Liverpool forward Robbie Fowler has taken over the managerial reigns at the club and with some new signings, is expected to contend for the Playoffs spots. Jeje Lalpekhlua and Anthony Pilkington could provide the much-needed threat from the forward line and both are expected to start the game.

ATK Mohun Bagan meanwhile, enjoyed a winning start to their league campaign as they beat Kerala 1-0 courtesy of the sensational Roy Krishna. Habas’ men are expected to lineup in the similar 3-5-2 formation with no changes expected in terms of personnel.

Veteran Scottish centre-back Daniel Fox against the high-flying Roy Krishna will certainly interest the viewers in a mini battle of their own. The Fiji Islands captain will be a one-man army in terms of the attacking impetus he brings to the table and Fox will have to be on guard to stop the challenge.

At the other end of the pitch, an all Indian clash of Sandesh Jhinghan against Jeje Lalpekhlua will also be mouthwatering. The experienced West Bengal centre-forward will look to come up against the towering Jhinghan and get the better of him and help SCEB en route a winning note.

ATK Mohun Bagan 2-1 SC East Bengal ; The defending champions have just about enough firepower to go on and win the game against their fierce arch rivals.

Previous articleVivo V21 series is expected to launch in February in India
Next articleOFFICIAL: SC East Bengal announce their captain and vice-captain