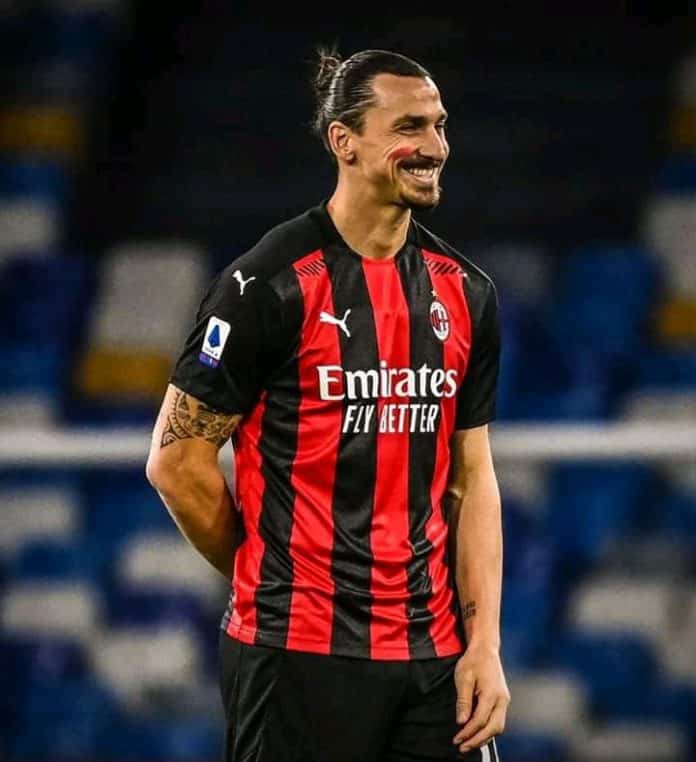 Zlatan Ibrahimovic is still one of the best strikers in the world. Any doubt regarding the Swede’s ability, and his ‘decline due to ageing’ has been silenced by the AC Milan striker in his 6 games for the club in Serie A.

The fact that Zlatan is 39 years old is unbelievable given that he has scored 10 goals already and leads the Serie A scoring charts, all alone at the top.

Zlatan managed to break a personal record with his first-half brace against Napoli that eventually ended 3-1 in favour of the visitors.

The forward has now managed to score in eight straight Serie A games when those from last season are included. With a career spanning decades, the fact that he can still achieve this shows how amazing Zlatan truly is.

Milan managed to hold on to their spot at the top of the Serie A table as they took all three points from Naples, The Rossoneri currently have 20 points from 8 games, and are still unbeaten in the league.

Their only defeat in the 20/21 campaign was at the hands of Lille in the Europa League, a match that they lost 3-0.

Despite that, the team’s run of form since the get-go has managed to put them as one of the frontrunners for the Europa League title this season.

While his performances on the pitch might not show any signs of rust, the immensely packed schedule is catching up to the 39-year-old. Zlatan collapsed in a heap in the second half of the Napoli match and went off the pitch limping.

The club now fears that their talisman could be out for a month, and would miss vital fixtures for the club. However, Milan will be hoping for the return of Rafael Leao from injury to help out with the attack. The Rossoneri face Lille in the Europa League in midweek before hosting Fiorentina over the weekend.