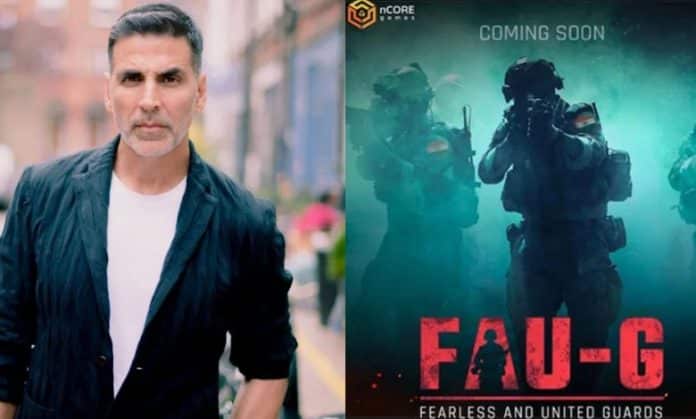 The COVID-19 outbreak from China and the tension in the Indo-China border result in the ban of one of the most played mobile shooting games in India, PUBG. After the ban of this game in India, the internet was rattled in terms of the supportive and non-supportive statements regarding this decision by the Indian Government.

At that particular time, renowned Indian Bollywood star Akshay Kumar has teased about an upcoming made in India game which will be similar to PUBG, and he revealed the name too that is FAU-G (Fearless and United Guards). He has told that the FAU-G will be an alternative to the popular battle royale game PUBG.

Recently, a teaser video has just come out on the Internet of this game FAU-G. This teaser has not confirmed anything regarding the release date of this game. With the collaboration of Akshay Kumar, This game has been developed by Bengaluru-based nCore Games. The teaser is just about one minute, and it mainly gives us the plot of this upcoming game.

If we check the teaser video, we find that the first level of FAU-G that will be based on the Galwaan Valley skirmishes between India and China. Regarding the technology, this teaser shows the characters using brawler mechanics to fight with enemies. On the auspicious day of Dussehra, Akshay Kumar has released the teaser of FAU-G. As it is a teaser, there is nothing more to breakdown here, it just ends with a “coming soon” outro.

Regarding the launch, the NCore co-founder Vishal Gondal has already stated that FAU-G will get launched by the end of this month. Also, the company has promised that it will give 20% of FAU-G’s net revenues to the government’s fund-raising program Bharat Ke Veer.

So, this is gonna be a huge step from India against the Chinese. As India is trying the first time to develop such kind of game and also for the alternate of PUBG, it may be not up to the mark like PUBG.

But we need to keep in mind that this game will be purely Indian and it will also help the government’s fund-raising program Bharat Ke Veer. So we should support it from the first day and make it bigger and bigger in future.