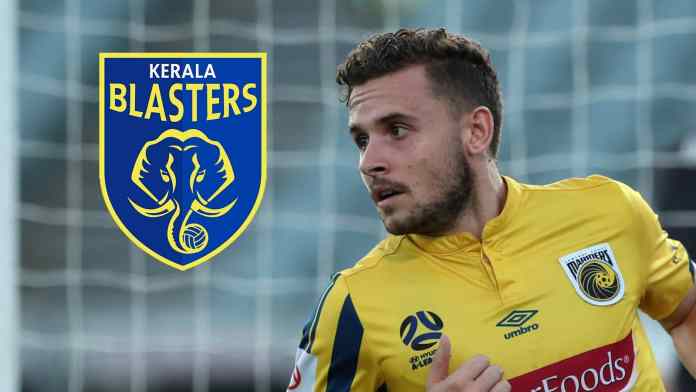 These players helped to encourage the players and Indian fans to love football more, many sponsors are come into the scenario to flash money in Indian football, development in grassroots level and infrastructure. It surely gives a boost to Indian football.

ISL clubs have started scouting in A-League for some exciting foreigners. Last year ISL champion ATK brought Roy Krishna and Williams from A-league. The deadly duo outplayed every opponent on their way to the title.

This year all the ISL teams except Chennaiyin FC have signed an A-League player. East Bengal club has signed most of them. Today Kerala Blaster FC added one more to that list yesterday.

Jordan Murray joined Kerala Blasters FC yesterday. He is the 13th player in this transfer market to join ISL from A-League.

Jordan Murray, the 25-year-old Australian forward joined Kerala Blasters FC from A-League side Central Coast Mariners. In 41 appearances for the A-League side, he has scored 7 goals in the last two seasons.

“I’m extremely grateful to have been given this opportunity to play for one of the biggest clubs in India. I’m really looking forward to meeting my new teammates and I’m excited by the challenge that lies ahead.”- Murray said after joining Kerala Blasters FC.

“Jordan is a very exciting player who has loads of energy. He has great attributes in attack, does a lot of running by pressing from the front and tracking back to help the defence.”- said Kerala Blaster’s Sporting director Karolis Skinkys.

Jordan will join the Kerala Blasters FC’s training camp in Goa in next few days.