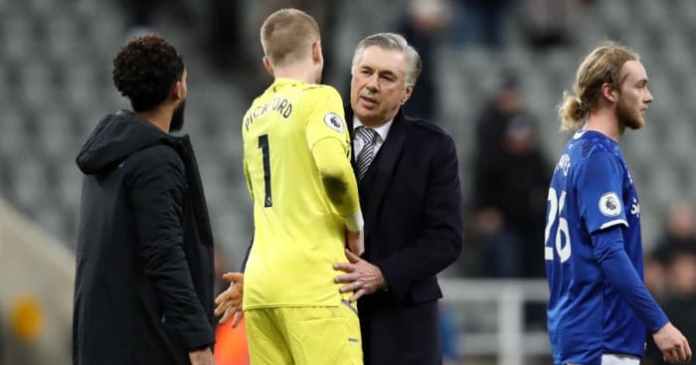 One of the main highlights of the recent Merseyside derby was Van Dijk’s injury. He has been Liverpool’s backbone in recent times. His injury is a big blow to Jurgen Klopp.

Everton goalkeeper Jordan Pickford came out of his box and made a strong tackle on Van Dijk which caused an ACL injury. He has been showered with criticism from all ends.

Carlo Ancelotti has now come out in support of his goalkeeper. He labelled Pickford’s tackle as mistimed and thinks he has been criticised too much.

The Everton boss told at his press conference: “To be clear, we are really sorry for the injury of Virgil van Dijk. Every one of us hopes he can recover soon and well.”

“There was this contact with Jordan Pickford: it was mistimed contact. But the fact the Premier League is so fast, it is not so difficult to arrive a little bit later.”

“Jordan arrived a little bit later but his intention was to try to reach the ball. It was not to hurt Virgil van Dijk.”

“To say it was premeditated, and this and that, in my opinion, is too much. Virgil van Dijk knows this.”

“It was a strong contact, maybe mistimed, but sometimes in football it can happen.”

Liverpool has a tough task on their hands to temporarily replace Van Dijk at the back. But the major concern is can Van Dijk return to his old form after this major injury?