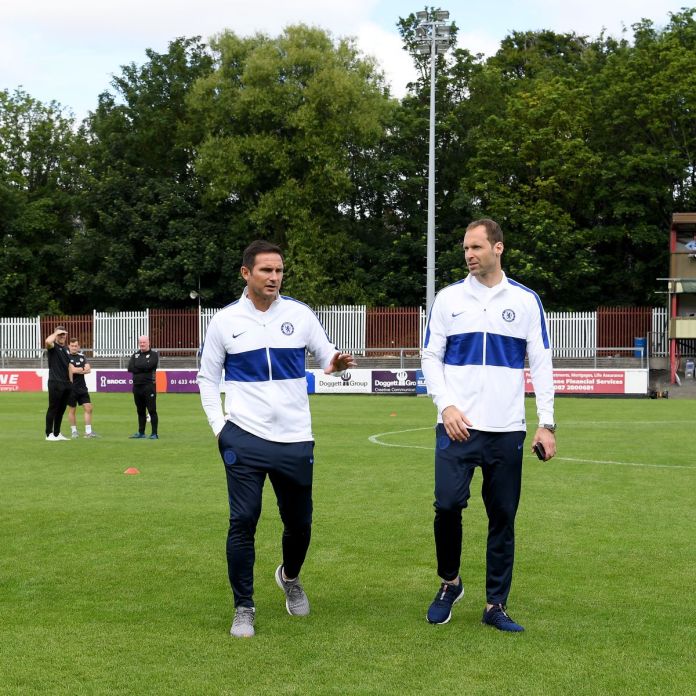 The moment you think 2020 has shown you enough to not be surprised by anything anymore, it one-ups itself. The latest in the list of shockers that 2020 has produced has to do with the club that has not left the spotlight for a minute in a very long time.

Chelsea FC have included technical director Petr Cech as a fourth goalkeeper alongside Kepa Arrizabalaga, Edouard Mendy and Willy Caballero in their 25-man squad for the 20/21 Premier League season.

This sees one of the Blues’ best-ever goalkeepers make a comeback from retirement to help out his club. Petr Cech retired from professional football after the end of the 2018-19 season which saw Chelsea win the Europa League against Cech’s Arsenal. The keeper then moved back to Stamford Bridge and has taken up his role as a technical director at the club.

As of recently, the 38-year-old has been working with the keepers at the club, as shown in Chelsea’s training videos. The fact that he has been included in the squad itself now suggests an unbelievable foreshadowing of the Blues’ decision.

While it is unlikely that Cech will play a minute of Premier League football this season, his inclusion was explained by manager Frank Lampard as follows;

“Pete has been training with the goalkeepers for a few weeks now, he is passing on quality.

“We had a space in the squad and with this year and Covid it is nice to know that he is there if we need him.

“He is fit. He is still relatively young when he took on his role. Whether we see him much I don’t know, we will see about isolation and Covid.

“It’s not done for the romance of what he has done before. It’s not something I would expect to happen, but if we are in crisis then there are few people better to have around than Cech.”

While it is hard to argue with the logic that the coronavirus pandemic could impact the squad in any way, the inclusion of the Champions League winning keeper is sure to turn some heads for fans of the Blues.