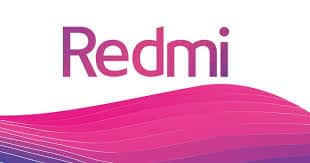 As per some recent leaks, Xiaomi is going to launch another smartphone of its Redmi H series in the upcoming days. The retail name of this phone can be the Redmi Mini. There is nothing confirmed about this series yet by the company. But we always have some kind of leaks or expectations. So, let’s just quickly get into some of the expected specifications of the Redmi Mini.

The Xiaomi Redmi Mini is expected to run on the Android 10 OS and powered by a Dimensity 1000 Plus chipset. Coming to the display, this phone might feature a bright and clear (resolution of 2400×1080) 6.57″-inch display. The Dimensity chipset might be paired with 8GB of RAM and 256GB of storage. The storage can not be further expandable via an external microSD card.

Coming to the camera, this phone might sport a 64MP rear camera module. For the selfies, this might feature a 32MP selfie snapper at the front. Good thing is, this phone is expected to support a 3.5 mm headphone jack.

Regarding the battery, this phone is expected to be fueled up by a decent 4520mAh battery work with fast charging. There will be no facility for wireless charging. Like the H series phones, this phone might be supported by an infrared (IR) blaster. That means you can use it as a remote control. This phone might support the 5G connectivity too.

As pf now, we don’t have any confirmed specs regarding this. Everything we’ve just discussed based on the expectations. Hope the company will bring some official news regarding the Redmi Mini in the upcoming days.