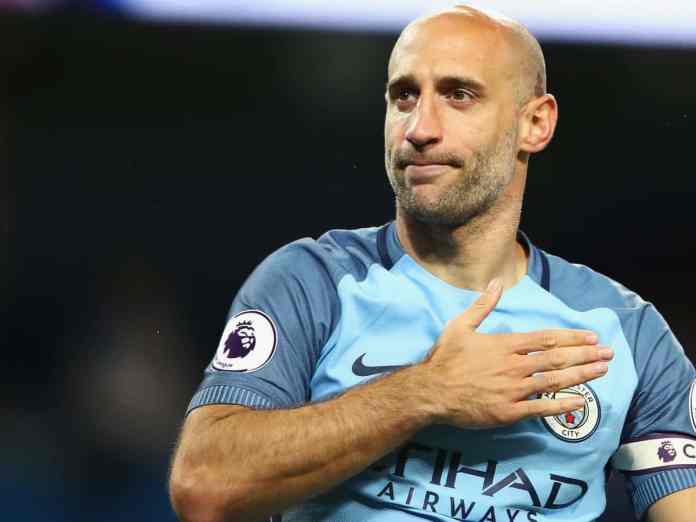 Following his retirement from professional football, former club Man City are open to welcoming Argentine right-back Pablo Zabaleta at the club in a non-playing capacity. It is possible that should he be interested, it could be a career in terms of coaching, club development or loans management.

The veteran footballer is a modern-day City legend, who spent 9 years with the Sky Blues before making the move to West Ham for a couple of seasons. Zabaleta has previously declared himself a Mancunian and was a fan favourite during his time at the Etihad Stadium.

City have previously offered such positions to players like Patrick Vieira and Joleon Lescott, both who spent a fair amount of years playing for the club. While the former undertook managerial positions of City’s Elite Development Squad and sister club New York City FC before moving to OGC Nice, Joleon Lescott works closely with City to look after the loan’s development and reports which sees the young academy talents discuss their feedback and concerns with him.

Zabaleta would hence, not to be devoid of opportunities and in a way, it is his former club showering their love and affection towards a player who gave everything for them whilst on the pitch.

Zabaleta joined City from Espanyol in the 2009/10 season when Mark Hughes was still the manager. A determined defender who even had the skill of leadership, ‘Zaba’ as he was lovingly known as, exuded passion and emotions on the pitch. He was a right-back who possessed football intelligence to tighten things at the back as well as stride forward to help the attack with sharp crosses and the occasional goals.

Ultimately, his time at City resulted in him making a total of 333 appearances across all competitions. Safe to say, that every Manchester City fan will be delighted to see Zabaleta back at the club once again.