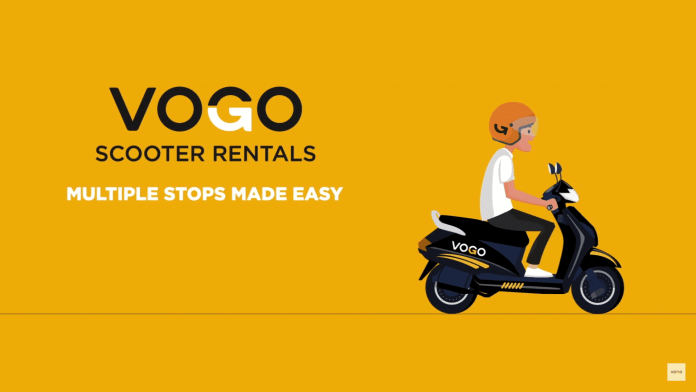 Bangalore, October 16th, 2020: VOGO, a tech-enabled, self-ride two-wheeler rental service, launches a new digital ad campaign, communicating its key benefits such as assured availability, affordability and flexibility of usage. Targeting IPL enthusiasts in the campaign, the company represents how its customers can enjoy their favorite game uninterruptedly by managing their last-minute outdoor chores using VOGO rides before the match. As part of this campaign, VOGO has released the first of uniquely developed digital ad films today and will be launching three more videos in the coming week.

The ad films highlight the paramount features of VOGO which aims to offer convenient, affordable and flexible rides to its customers. The films are the humorous take on mundane challenges that cricket lovers go through for an uninterrupted match viewing experience. In a unique concept, the clip starts with two photo frames on the table, one of a young man and the other of much older grandfather. There’s a conversation going on between the two characters centered around the match & tasks needed to be done before that.  The film finishes with VOGO rescuing one of the characters with the help of its key benefits. Curated by Leo Burnett Orchard, the campaign resonates with the company’s motto – ‘Freedom to go’ and highlights the fact that VOGO offers uncompromising mobility to ensure that nothing comes in between you and your passion.

Announcing the campaign, Padmanabhan Balakrishnan, Co-founder & COO, VOGO, said, “India has always been a cricket-loving country and our love for IPL is beyond words. Due to the current state of events, people have more time in hand and are looking for mediums to engage, which has made this year’s edition of IPL the most awaited event of 2020. We wanted to celebrate this love of game with a simple message – Match se pehle… Get set VOGO, highlighting the fact that VOGO offers you the convenience and the flexibility to complete all your tasks before the match, so that you can enjoy the game without any worry or interruptions.”

Talking about the concept, Amod Dani, Executive Creative Director, Leo Burnett Orchard, said “No one likes being disturbed during a T20 cricket match. But chores do raise their heads during the most unforeseen moments. Would you miss your favorite team’s match? Never. That’s where VOGO comes in. Helping people to finish their chores before the match starts. So match se Pehle, Get set VOGO became our calling card. A simple 4 part, stop-motion video campaign, created using only photo-frames, told stories about people’s struggles before the T20 match. The argument ended with VOGO coming to the rescue, so that no one misses a single over.”

VOGO is one of the most preferred choices of commuters in Bangalore and Hyderabad for safe, convenient, and flexible rides and has a repeat customer rate of 50%. The company currently has 3 million registered users, has serviced more than 10 million riders, and has covered more than 130 million kilometers.