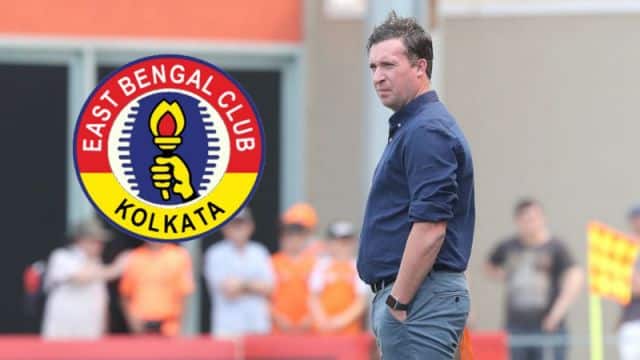 Liverpool legend and former England international, Robbie Fowler, is set to become the new head coach of East Bengal this season. The discussion between the two parties had started last month. East Bengal will start their ISL journey this month. FSDL has already confirmed the addition of the Red & Golds yesterday.

Robbie Fowler started his managerial career in 2011 with Muangthong United and made them 3rd in the league in his first season. After that, he didn’t manage any team until last season. Robbie Fowler has managed Brisbane Roar last season in Australian A-league who has finished fourth in the league. Unfortunately, the team lost in the knock out against Western United FC by 0-1.

According to reports, Robbie Fowler has signed a new deal with East Bengal. He will bring top-level coaching set up from England. Some of his staff will have Premier League experience as well. Some Indian staff will also be included in his coaching team.

East Bengal has already signed some of the talented Indian youngsters and also linked with some of the experienced foreigners like Andrew Surman, Scott Neville, and many others.

Owner of East Bengal Hari Mohan Bangur Said, “We have signed the contract last night (Thursday) and Robbie Fowler is expected to join the side directly in Goa within a week.”

“As of now, we have offered him a two-year contract which could be extended in due course.”- he added.

ISL is going to start from 20th November. East Bengal has very less time to settle. Bangur said, “We are already short on preparation, and will start with a handicap. So, he will assemble the squad as early as possible in Goa. We will look to make a competitive side.”

East Bengal is ready to maintain the legacy in the new league as well. Robbie Fowler will surely guide them in the right direction with his experience.