The most expensive XI of the summer transfer window in 2020 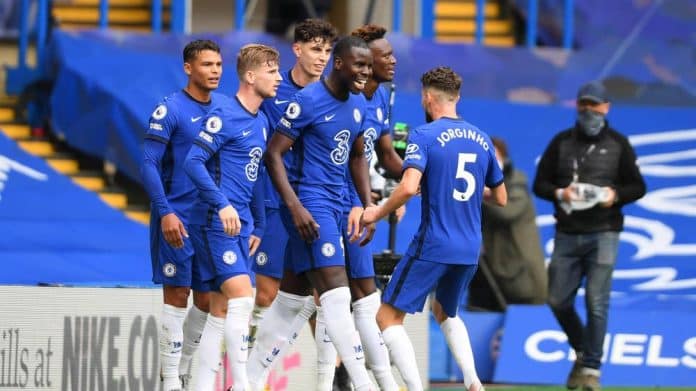 The 2020 summer transfer window closed on 5th October. There have been numerous transfers despite the pandemic threatening to affect the market.

Although there have been some economic effects, it haven’t stopped most of the clubs from signing their targeted players to make their teams better.

Now, we’re going to take a look at the the most expensive XI of this transfer window in 2020. We will be taking into consideration the 4-3-3 formation, which is the most used formation nowadays.

The most expensive goalkeeper Kepa Arrizabalaga hasn’t proved his worth at Chelsea. He had been making continuous errors during his playing time at Stamford Bridge. Frank Lampard is rebuilding the Chelsea team, so he has made sure that the goalkeeping position is in the safe hands of Mendy, who has impressed in his Rennes days.

The Real Madrid academy player has impressed the whole footballing world during his Borussia Dortmund days. After two seasons on loan, he returned to Real Madrid but Zidane prefers Carvajal over him as his first-choice right-back. So, Conte has signed Hakimi at Inter, where the Moroccan can form a formidable partnership as a right-wing-back in a three-man defence.

Pep Guardiola desperately needed a centre-back who could form a partnership with Laporte. City were first linked with Napoli’s Koulibaly but during the last stage of the transfer window, they secured the former Benfica man to provide the much-needed solidity to City’s defence.

Another Manchester City defender makes this list. After losing out to Liverpool in the Premier League last season, Guardiola wanted to strengthen the weakest link of the team, the centre-back position. Ake had a good last season despite Bournemouth being relegated. He will provide backup to Laporte and Dias and can also be deployed in a three-man defence.

Frank Lampard has heavily invested in the rebuilding of the squad this season. He didn’t trust Alonso and Palmeiri, so he went for Chilwell who is arguably one of the best left-backs in the Premier League for the last few seasons. After joining Chelsea, Chilwell has already started providing, what he has been signed for. He scored a goal and assisted another in his Chelsea debut.

Havertz is the most expensive signing of this summer. Chelsea broke their bank for the German youngster. Lampard signed him to give him the role of creating chances from the midfield. He has already started proving his worth as he has scored a hattrick in Chelsea colours. He is the one for the future.

This has been one of the strangest transfers of this summer. Barcelona opted to swap Pjanic for their 24-year-old midfielder Arthur for just an extra €12m. This move created a huge controversy among the fans. Pjanic hasn’t started featuring regularly for the Catalans so it is hard to tell now whether this transfer will be a hit or miss. Pjanic prefers to play as a deep-lying midfielder but Barcelona already has De Jong and Busquets ahead of him in the pecking order. It would be interesting to see how Koeman uses the former Juventus midfielder.

The swap deal between Barcelona and Juventus resulted in Arthur going to the Serie A side. This seems to be a win-win situation for the Turin side as they only had to pay a meagre €12m, along with Pjanic, for someone who is expected to control the midfield for the Old Lady in years to come. Arthur hasn’t featured for Juventus yet but once he finds his feet he can be one of the best midfielders in Serie A.

Timo Werner is the No 9 of the Germany national team. He carried RB Leipzig to the quarter finals of the Champions League last season but due to his contract with Chelsea he didn’t take part in the Final Eight and Leipzig failed in the semi-finals. The German forward is lethal in attack and prefers playing as a striker but Lampard has tried to play him along with Abraham in a more wider role so that he gets the freedom to create space and score goals. He has scored in the EFL cup but is yet to open his account in the Premier League. Once he gets going he will be one of the top contenders for the Golden Boot.

The Nigerian forward set up the Ligue 1 on fire last season with his pace and goalscoring form. Napoli have invested a lot of money for him and see him as the one carrying the mantle of the team forward.

The former Manchester City winger was injured for the whole duration of last season. He wanted a move to his homeland, and Bayern Munich has signed him to replace Ribery in the left flank. The German has blistering pace and when fit can take on any defender. Bayern has a left-winger for years to come, and he has already scored 1 goal and provided 2 assists in 2 league matches.

*All transfer fees taken from Transfermarkt