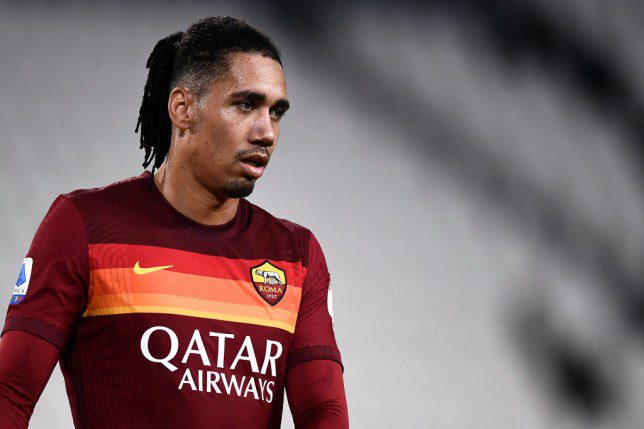 English defender Chris Smalling has spent a year on loan at AS Roma last season. His performance in Serie A was excellent last year. AS Roma is very much interested to retain him completely.

Chris Smalling joined Manchester United in 2010. He has won 2 Premier Leagues, 1 FA Cup and 1 Europa League with Manchester United. The defender has scored 18 goals in his 323 United appearances. He also represented his country 31 times in his career.

The 30-year-old lost his form in his last few seasons with Manchester United and was extremely criticized by the fans and the pundits. He also lost the faith of his manager Ole Gunnar Solskjaer. United signed Harry Maguire from Leicester City last season and sent Smalling to AS Roma on a loan spell.

Manchester United also want to offload some other players as well either in a loan deal or in a permanent one. So, they are able to sign some of their summer’s prime targets within the transfer window ends. Andreas Pereira is already linked with Lazio. Diogo Dalot is also linked with some of the clubs in Europe in a loan deal. AS Roma is also interested to sign the Portuguese right-back in a loan deal. They can also ask for the service of him along with Smalling in the deal.