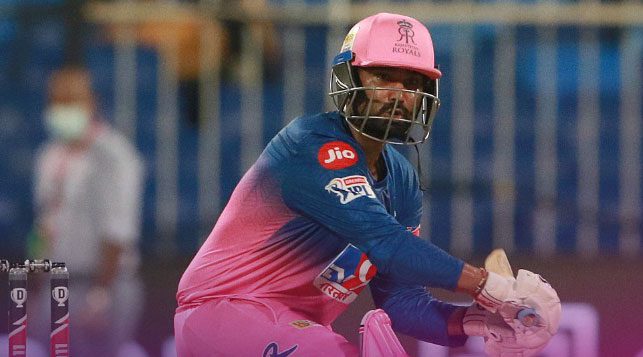 Day 9 of the Indian Premier League (IPL) featured a game that will be forever mentioned in the history books as Rajasthan Royals took on Kings XI Punjab.

What seemed like an ordinary game turned out to be historic. Rajasthan Royals made the record for the highest chase ever in the history of the IPL.

The win was fuel by all-rounder Rahul Tewatia who hit fixes sixes of Sheldon Cottrell’s over to take the Royals home.

The match started with Mayank Aggarwal opening the batting with skipper KL Rahul. All eyes were on Rahul as he scored a fantastic 132 in his last match. However, Mayank Agarwal stole the show. He took over the bowlers to score a phenomenal 106 runs off 50 balls including 7 sixes!

He made an impressive record of slamming the second-fastest century by an Indian in IPL history. Aggarwal’s century came in just 45 balls.

KXIP put up a massive score of 223 runs! Royals started briskly with Steve Smith and Sanju Smason picking up from where they left off. Smith scored 50 off just 27 balls and Smason scored a magnificent 85 off 42 balls.

Tewatia was promoted to number 4 and used as a pinch-hitter. That move, however, felt terrible at first as Tewatia struggled to even connect the ball. He crawled up to 17 off 23 balls which were disastrous for the Royals.

“Well, the coach (Andrew McDonald) told me to hit sixes off the leg-spinner (Ravi Bishnoi) but unfortunately I didn’t hit him. I was not hitting the ball well initially. Then I saw in the dugout, everybody was curious. I think that was the worst 20 balls that I have ever played. The dugout knew I can hit the ball long. I knew I had to believe in myself. It was a matter of one six”, said Tewatia.

When Sheldon Cottrell came to ball the 18th over, Tewatia smashed him for 5 sixes to seal the record-breaking chase.

“I tried to hit the leg-spinner, but unfortunately I couldn’t. So I had to hit other bowlers. Five [sixes] in the [18th] over felt amazing.”