LaLiga weekend 2: The highs and lows 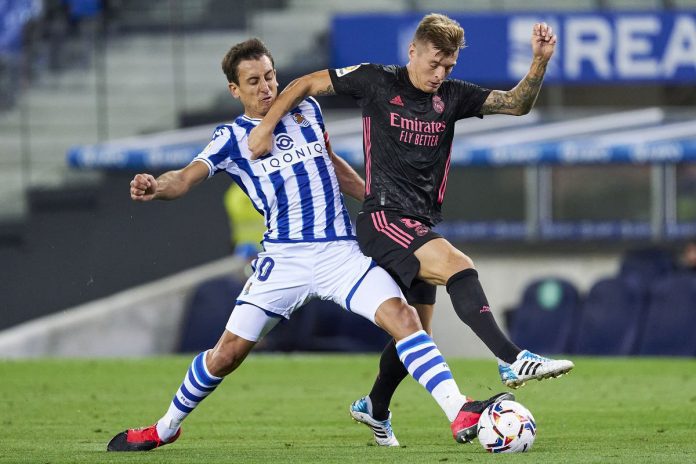 While a majority of the teams have a couple of matches under their belt, two of the big three have not played yet. The coronavirus pandemic is partly to blame for that. However, the second weekend of fixtures was done, and we have results for you.

Here are the final scorelines of the games from this weekend:

Martin Odegaard finally started a game for Real Madrid. This has been a long time coming and the stars have finally aligned for the Norwegian.

On the other side of things, Villareal managed to dispatch Eibar in a 2-1 victory at home in Unai Emery’s second game in charge. Paco Alacacer pulled off an impossible finish from an angle and managed to put his side in the lead in the 71st minute.

Madrid had 16 shots compared to Sociedad’s 6, and also had the majority of possession. Despite having a pool of talent and creative players at their disposal, the two sides ended the game in a stalemate with neither managing to put one past the other.

Zidane came out in the post-match press conference pointing out the lack of a killer instinct in his team whilst keeping things solid on the defensive side.

Among the other disappointments have to be the poor performances of Valencia against Celta Vigo.

They were in contention for the Champions League as early as last season but look destined to finish mid-table following the departures of multiple key players this season.

UEFA announces the three-man shortlist for the 2020-21 UEFA Men’s Player of the Year award: Everything you need to know about the award

Football will return to the Bernabeu in just a month

The stark contrast in operations between Real Madrid and Barcelona