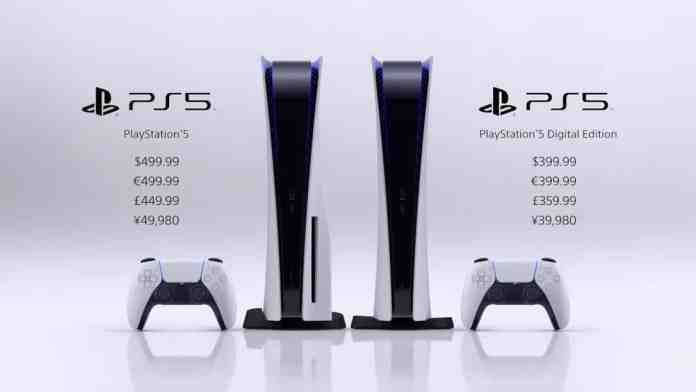 Finally, Sony has unveiled the pricing and availability details of its upcoming PS5 right after the launch of the Microsoft Xbox Series S and X consoles last week. It’s based on the latest AMD hardware that promises strong gaming performance over last-gen and as per rumors, the pricing of the PS5 is exactly the same – starts at $399.

This means the Sony PS5 Standard Edition will go head-to-head with the Xbox Series X that will also cost $499. While its Digital Edition costing $399 will be luring ones who want the Xbox Series S which costs only $299.

Sony has also announced the other accessories that can be bought for the upcoming PS5:

When the availability comes into play, both the Sony PS5 consoles will be launching on November 12 in certain countries like the U.S., Japan, Canada, Mexico, Australia, New Zealand, and South Korea. While for the global availability one has to wait until November 19 including Europe, Middle East, South America, Asia, and South Africa. The pre-orders will be starting as early as today via select retailers.

The Sony PS5 is a huge improvement from last-gen promising breathtaking, next-gen gaming experiences. Both of the PS5 models use the same custom AMD processor with integrated CPU and GPU for high-fidelity visuals, including 4K graphics and ray-tracing support, as well as the same ultra-high-speed SSD with integrated I/O for lightning-fast loading.

A lot of games will be released for PS5 as well including Astro’s Playroom, Demon’s Souls, Destruction All Stars, Marvel’s Spider-Man: Miles Morales, and Sackboy A Big Adventure on Day One. Other big titles like Call of Duty Black Ops: Cold War, Final Fantasy XVI, and Devil May Cry 5 Special Edition will also be making their way on the next-gen consoles.

The most anticipated console from Microsoft is finally available for pre-order. With gamers around the world placing orders for their favorite console,...
Read more

In the ace of audio products, you can blindly trust on Sony. It's one of the companies that consistently provide high-class audio...
Read more
Load more