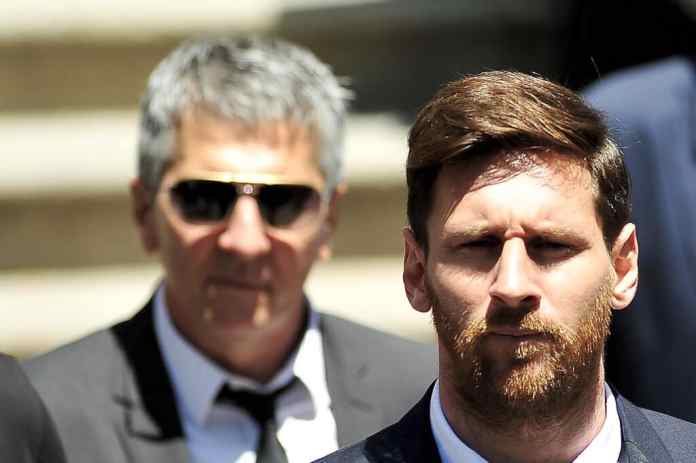 Leo Messi’s father has arrived in Barcelona today. 2nd September can be a big day for Barcelona and Messi fans as Jorge Messi has a meeting with Bartomeu this afternoon.

According to various reports, he wants his son out of the club. Barca skipper’s father has taken this even further, as MD points out, both TyC from Argentina and RAC1 from Barcelona did agree that Jorge Messi is already in contact with the City Group leaders.

Not only that, but Messi’s father has also now travelled to Barcelona to accelerate the negotiations. He wants to sit down and talk with the Barcelona board and resolve the issue of the ‘free transfer’ clause.

⚠️ Leo #Messi does not want to end up in court so he is willing to reach an agreement. Messi wants #Barça to set a starting price for him. #FCB 🔵🔴 💥 🇦🇷

Messi reportedly wants a move to Premier League side Manchester City after informing the club that he wants to leave this summer.

Manchester City has the necessary finances to afford Messi and then there are a lot of known directors who worked with Pep Guardiola at the time in Barcelona. So, Messi has a lot of known faces there to makes things much easier.

As we mentioned in our previous article, according to Catalunya Ràdio, last week Messi called Guardiola to inform him about the current situation and find out the possibilities to end up landing in Manchester. Although Guardiola wished Messi to end his career at Barcelona, but would never rule out the possibilities of having him play at the Etihad stadium.

Considering the power of the City Football Group that owns Manchester City, you can never rule out the fact they will fight to bring Leo and Pep together to win their dream Champions League. ESPN even said about a three-season contract in Manchester plus another two optional ones in New York City.

Also, it went on to say that one of Messi’s conditions is that Guardiola renews his contract until the season that he signs for. The Spanish coach has a contract until 2021, however, Manchester City has already started talks to extend Pep’s contract. So, as for now, Messi’s most favourable destination is Manchester City.

Today is a big day as the official announcement can be made soon about Lionel Messi’s Barcelona future.