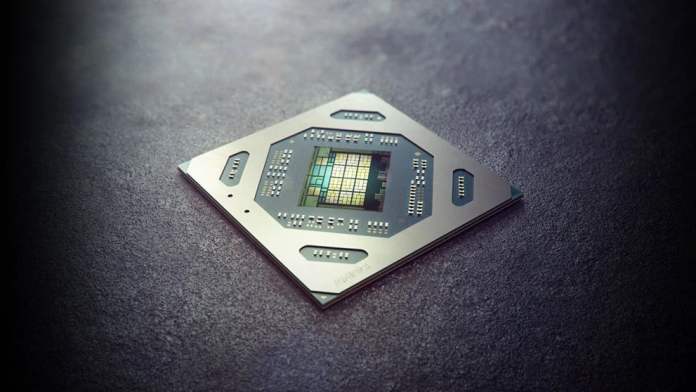 When we are all waiting for the next-gen AMD RDNA2 based Navi GPUs, slated to launch next month, AMD has silently launched the entry-level Radeon RX 5300 GPU for desktops. Previously it launched the AMD Radeon Pro 5300 graphics for the 2020 Apple iMac refresh and the new desktop GPU borrows similar specs to the Radeon Pro 5300.

Based on Navi 14 architecture, the RX 5300 will be a direct competitor to the super popular GTX 1650 and will give a good competition to the NVIDIA GPU. The RDNA based GPU features 22 compute units and up to 1645 MHz boost frequency along with 1408 shader cores.

It almost has similar specs to the RX 5500 XT however, the sacrifice has been done to the memory front as it comes with a 96-bit bus width, narrowing the memory bandwidth to 168 GB/s. There’s a cut down in the VRAM as well, now with 3GB GDDR6 memory with an effective speed of 14 Gbps. With all these cut-downs, the GPU draws less power as well at 100W TDP.

Overall, this is a good entry-level option, and coming in at $129 price point makes it the easier choice over the $149 priced GeForce GTX 1650. AMD has even compared the performance of both the GPUs wherein the new Radeon RX 5300 easily defeats the GTX 1650 OC by fine margins in games like Battlefield 5, Call of Duty: Modern Warfare and PUBG at 1080p.

So, this GPU can be a must-buy for entry-level PC gamers who can pair with a Ryzen 3 3100 or Core i3-10100 and get a good 1080p performance without hurting their pockets much. Also, the PCI Express gen 4.0 support can help in performance as well because it increases the bandwidth significantly so pairing this with a new B550 motherboard can help ultimately. Head over to AMD’s site to know more.