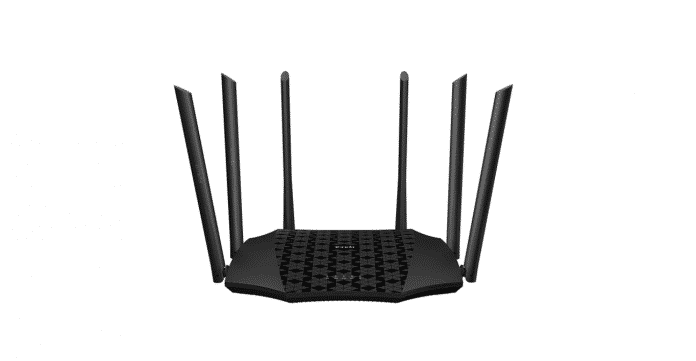 New Delhi, India: August 26, 2020: Tenda, the global leader in a wireless router and networking devices launches its all-new AC2100 Smart Dual-Band Gigabit Wi-Fi Router in India. The introduction of the new router is an extension to its existing portfolio; will be strengthening existing smart Wi-Fi router line-up of Tenda while providing secure, reliable, and blazing fast Wi-Fi speeds.

The newly launched Tenda AC21 is stocked with 28nm 1GHz CPU equipped with 500MHz co-processor, a dual-core design that helps in faster processing speed and in optimized operation. Also, the router has an in-built signal amplifier used both on 2.4GHz and 5GHz bands of AC21 to enhance the penetration capability and expand the Wi-Fi coverage. It is also the first router from Tenda to use 6*6 dBi external antennas and four data streams of the 5Ghz band to provide a better 5GHz Wi-Fi signal.

Tenda AC21, like Tenda’s other AC series wireless router, is equipped with MU-MIMO and Beamforming+ Technology features that help in an unrivaled coverage and stable performance. MU-MIMO Technology ensures a stable wireless connection and increases the quality of connected clients and data processing while Beamforming Technology boosts range for 802.11ac wave2 Wi-Fi devices.

Tenda AC21 comes equipped with full gigabit ports that provide Fiber Internet up to 100 Mbps. AC21 also supports IPv6, it can reduce the data transmission time, and minimize the lag, provide a better gaming experience. Like other Tenda Wi-Fi routers, AC21 is also equipped with a “Smart Tenda Wi-Fi App” that helps in real-time management of your network.

One of the unique features that make Tenda AC21 stand apart from its competitors is it’s “Smart Traffic Prioritisation” feature which combines both 2.4GHz and 5GHz under one Wi-Fi name, automatically analyze the surrounding internet environment optimizing the Wi-Fi channel/bandwidth while avoiding interference to provide faster signal frequency.

Speaking on the launch, John Dong, Director, Tenda India commented, “We at Tenda believe in producing and delivering highest standards of innovations and technology through our relentless efforts. With the launch of AC2100 Dual-band Gigabit Wireless Router, we are bringing modern technological advancements to the Indian market. Tenda AC21 is designed to meet all the daily coverage and gaming requirements for small and medium household and can provide Wi-Fi up-to 30 different devices simultaneously.”

Tenda AC2100 Dual-band Gigabit Wireless Router is available exclusively through Amazon.in at an introductory price of INR 7,999 across India. Buy from here: https://amzn.to/3guSjx5