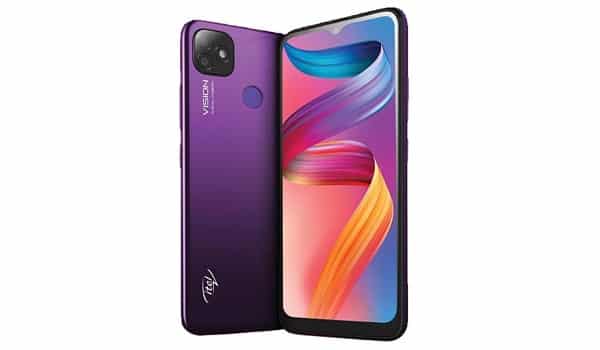 Itel Vision 1 will be a budget smartphone with a dual-rear camera, water-drop notch, huge screen, and massive battery. The phone has was launched back in February but the 3GB version will be launched today exclusively via Flipkart. The phone might be priced around 6k or 7k in India. The original price will be known after 12 PM launch.

Itel Vision 1 has a 6.09-inch HD+ display. The phone has a dual rear camera setup of an 8MP primary camera and a second 0.08MP camera. It sports a 5MP camera on the front for selfies, with a 1.4-micron aperture.

The phone features a 1.6GHz octa-core Unisoc SC9863A processor paired with 2GB and 3GB RAM and 32GB of inbuilt storage that can be expanded via microSD card (up to 128GB) with a dedicated slot. The phone runs Android 9 Pie and is powered by a 4000mAh non-removable battery.

Keeping the price of this smartphone in mind it can be seen that it gives a premium vibe with its design and the colour combinations. The UI of this device is pretty user friendly but the only this that bothers us is that the phone still runs on Android 10.But it can change with the new 3GB version launch today.

Cheapest Phones to buy in this Amazon Great Indian Festival 2020

Cheapest Phones to buy in this Amazon Great Indian Festival 2020