Juventus vs Lyon: How to watch the Champions League match live in India? 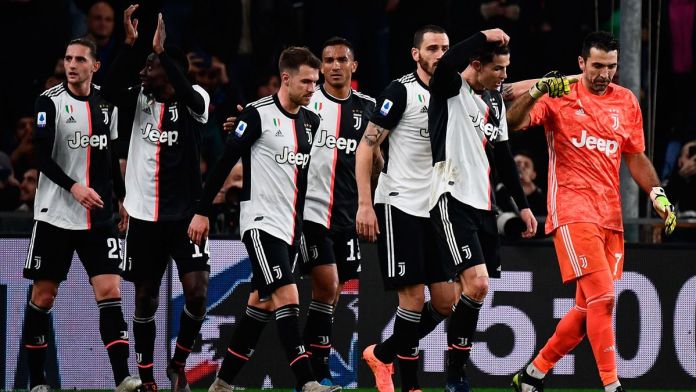 Juventus are trailing 1-0 from the first leg but they will have the home advantage tonight. Cristiano Rondlao will like to win this tie and travel to his homeland Lisbon for the ‘Final Eight’ tournament.

Juventus are always good at their home ground and a 1-0 deficit won’t be very difficult to turn around. Lyon will have to be at their best to inflict a shocking result on Juventus.

Dybala isn’t fit enough to start for Juventus while Lyon will be without Youssouf Kone and Kenny Tete.

Lyon hasn’t reached the quarter-final stage in a decade, on the other hand, Juventus haven’t lost at this stage since 2015-16. So this will be an interesting tie.

When is the Juventus vs Lyon Champions League match?

The Champions League match between Juventus and Lyon will be played on 7th August, 2020.

The match will be played at Juventus’s home ground, Allianz Stadium.

Sony Sports is the exclusive media broadcasting partner of the UEFA Champions League in the Indian sub-continent. You can watch the match live in India on Sony Ten 2.

You can watch the live streaming of the Juventus vs Lyon match in India on Sony Liv.

In a rather shocking development over the last few days, Morata looks set to join Juventus on loan. That is according to...
Read more

Edin Dzeko is on the verge of joining Juventus from AS Roma. The Italian champions have already agreed to personal terms with...
Read more