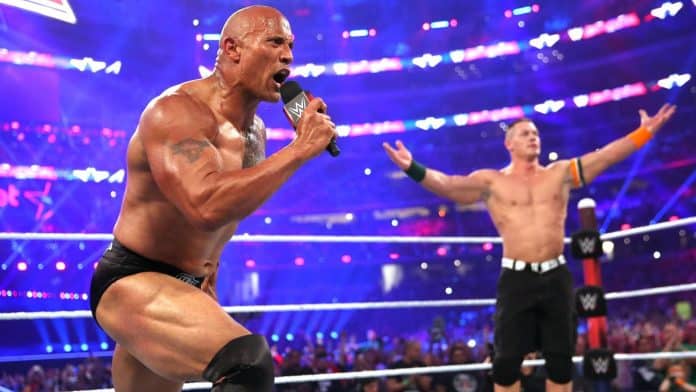 WWE is a sport which some of you may not like because of violence, but you can’t deny the fact that professional wrestling provides a lot of entertainment. It has a huge fan base.

The professional wrestlers also earn a handsome amount of money by playing this sport! But who’s the richest WWE wrestler?

Michael Francis “Mick” Foley is a retired professional wrestler. He is currently signed to WWE and makes appearances occasionally, sometimes as a guest referee or a special general manger. He used to portray three characters during his wrestling days: Mankind, Cactus Jack and Dude Love. His name has been inducted in WWE Hall of Fame.

Christopher Keith Irvine, better known by his ring name Chris Jericho, is an American-Canadian professional wrestler. He is currently signed to both All Elite Wrestling (AEW) and New Japan Pro-Wrestling (NJPW). He is well known for appearances in WWE between 1999 and 2018. Noted for his over-the-top, rock star persona, Jericho has been named by journalists and industry colleagues as one of the greatest professional wrestlers of all time.

Within the WWE, Jericho is a six time world champion, having won the Undisputed WWF Championship once, the WCW/World Championship twice and the World Heavyweight Championship three times. He has also held the WWE Intercontinental Championship a record nine times and was the ninth Triple Crown Champion, as well as the fourth Grand Slam Champion in history (in 2017 he became the first person to hold every title in the original format). In addition, he was the 2008 Superstar of the Year Slammy Award winner and (along with Big Show as Jeri-Show) won the 2009 Tag Team of the Year Slammy Award—making him the only winner of both Superstar and Tag Team of the Year.

Paul Donald Wight II is an American professional wrestler. He is currently signed to WWE, where he performs on the Raw brand under the ring name Big Show.

Brock Edward Lesnar is an American professional wrestler. He is currently signed to WWE, where he performs on the Raw brand.

Kurt Steven Angle is a retired professional wrestler. He was most recently signed to WWE as a producer.

Hogan won the WWF Championship six times, with his first reign holding the record for the second-longest in company history. Additionally, he is the first wrestler to win consecutive Royal Rumble matches, winning in 1990 and 1991. He was inducted into the WWE Hall of Fame in 2005, and will be inducted a second time in 2020 as a member of the NWO.

During and after wrestling, Hogan had an extensive acting career, beginning with his 1982 antagonist role in Rocky III. He has starred in several movies (including No Holds Barred, Suburban Commando and Mr. Nanny) and three television shows (Hogan Knows Best, Thunder in Paradise, and China, IL), as well as in Right Guard commercials and the video game, Hulk Hogan’s Main Event. He was the frontman for The Wrestling Boot Band, whose sole record, Hulk Rules, reached #12 on the Billboard Top Kid Audio chart in 1995.

Paul Michael Levesque, better known by the ring name Triple H, is a professional wrestler. He is currently the Executive Vice President of Global Talent Strategy & Development for WWE, as well as being the founder and senior producer of NXT.

He is a five-time Intercontinental Champion, a three-time world tag team champion (two World Tag Team Championship reigns, and one Unified WWE Tag Team Championship reign), a two-time European Champion, and a fourteen-time world champion, making him the company’s seventh Triple Crown Champion and second Grand Slam Champion. He is also a two-time Royal Rumble match winner, and a King of the Ring tournament winner. In 2019, he was inducted into the WWE Hall of Fame as part of the D-Generation X stable.

John Felix Anthony is an American professional wrestler. He is currently signed to the WWE.

Cena is a five-time United States Champion, four-time world tag team champion, and a 16-time world champion. He is tied with Ric Flair for the most world championship reigns in WWE history.[a] Of his 16 world championship reigns, 13 of them are with the WWE Championship, which is the current record for that specific title. He is also a two-time Royal Rumble match winner and a one-time Money in the Bank winner, and has headlined several major WWE pay-per-view events, including their flagship event, WrestleMania, five times.

Dwayne Douglas Johnson, also known by his ring name The Rock, is an American-Canadian retired professional wrestler. He wrestled for the World Wrestling Federation (WWF, now WWE) for eight years prior to pursuing an acting career. He is the highest-grossing actors of all time.

He has won several championships, being a two-time Intercontinental Champion, a five-time tag team champion and a 10-time world champion. He was also a Royal Rumble match winner and WWE’s sixth Triple Crown champion.

Previous articleAkasa brings new PI 4 Pro, a custom thermal kit for Raspberry PI 4
Next articleSmartphone sales in the US market drop by 25% in Q2 2020