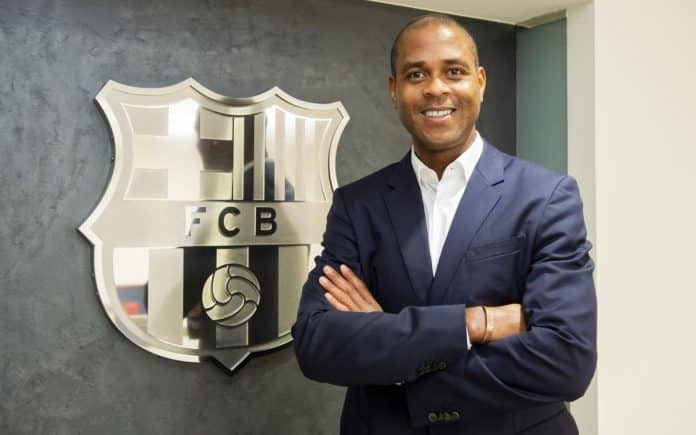 The Barcelona board is giving Setien the time to lead the team to Champions League and also there’s speculation surrounding that he might be sacked soon even before the match against Napoli.

A new rumour surrounds that the team wants Patrick Kluivert to lead the team. According to Mundo Deportivo, the Barca dressing room adores the Dutchman a lot and they want him in charge for the Champions League campaign.

Kluivert is a legendary player in his era and he has scored 122 goals in 256 games for Barca already. So, obviously having a person of his experience playing in different countries, speaking different languages makes him an ideal choice to lead Barca.

One of the biggest error or say the inability of Setien was to lead the squad whose sole leader is Messi. To guide Messi and the group of world-class players you need someone strong and who has a connection with the club before.

Even though Kluivert is a good choice for the squad but bringing him at the middle of all this won’t be a good decision. Setien did however made some wrong calls, due to lack of his experience and couldn’t lead as such but made the team lot fitter, less prone to goals and gave youth the chance which was rarely seen under Valverde.

We have seen Barca play in different formations which didn’t go as expected and also games like Villarreal where we saw the best of Greizmann. Barca lacks the consistency and as Messi said the intensity in the team, now that can be because of the mentality of the players or the ageing bodies.

MD also reckons the fact that Kluivert can bring out the best of his compatriot Frenkie de Jong. He is even addressed as potentially being Barca’s ‘Zidane.’ How much positivity that might provide you with, until the board under Bartomeu is there you cannot expect Barcelona back to the days in glory.

Most probably we will not see any change until Champions League gets over as Quique Setien has already met with Josep Maria Bartomeu for talks on Friday and the reports say he is staying for now. Although maybe for Setien Champions League might be the last chance to prove his place at the club.