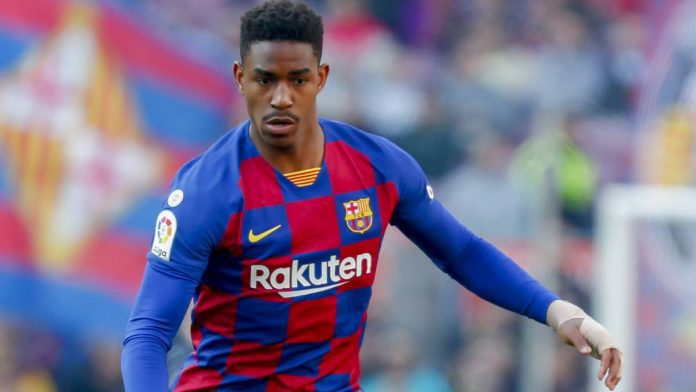 Previously we had rumours of Junior Firpo playing the key role in the Lautaro deal which Barcelona had been dreaming about for quite some time now. But this was not to be believed by some as this lacked proper evidence.

Now a new report from Spanish broadcaster ESPN Deportes says it’s serious as Inter has been talking with Firpo’s agents for days now to speed up the negotiations involving the Blaugranas and Inter over the Argentine.

Barcelona has been hunting down the Inter striker Lautaro Martinez for a long time but still couldn’t make a deal with them for the lack of funds at the club. So they always wished to do a player plus cash deal but Inter never really wanted any Barca player as such until now.

Inter seems to be liking the highly-rated 22-year-old Junior Firpo and Barca is ready to offer him to the Nerazzurri if it helps them get a deal done for Lautaro Martinez.

Although this will make things even more complex for the Blaugranas as they will lose its backup left-back and selling the likes of Marc Cucurella, Juan Miranda will be leaving them with none for next season. Even though Inter has been in talks with Firpo over a move to complete the Lautaro deal but Barcelona still needs to give Inter €70 million on top of him.

The report says that Barcelona seems to be confident about raising the appropriate funds by selling Philippe Coutinho or even selling Arturo Vidal and or Ivan Rakitic as well. FC Barcelona has already reached an agreement with Lautaro regarding personal terms and is now prioritising in signing him over Neymar to replace Saurez in the near future.

So, this makes Junior Firpo a key to this deal but Barcelona also knows that the negotiations will not be quick and will take some time so he will not be signed before the end of the current season. Although Barcelona is still strong in attacking options especially having Greizmann and Saurez its needless of spending that much amount for another striker while overlooking its defence.