FIFA 21: EA Sports has confirmed the release date with Mbappe and Hazard likely on the cover photos 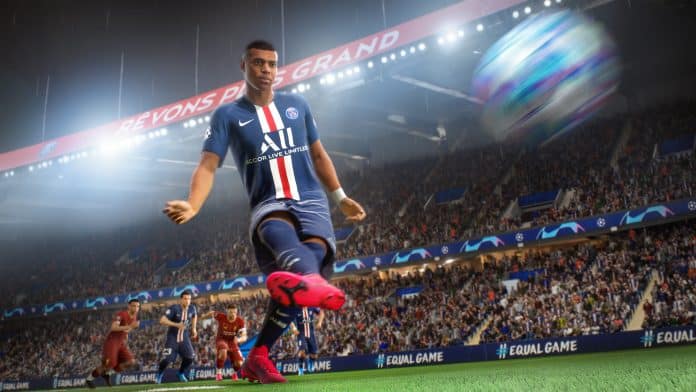 EA Sports, the developer of the famous game FIFA, has officially confirmed the release of the next instalment of this FIFA franchise, FIFA 21. They have given us a sneak peek of FIFA 21 in EA Play Live on 18th June.

FIFA 21 will officially release on 9th October, few days late from its normal release date of late September. This slight delay may be due to the Coronavirus pandemic. The game will be released on Xbox One, Play Station 4 and PC.

Or, if you have subscribed to EA Access (PS4, Xbox One) and Origin Access (PC) then you can have the first taste of the game on 1st October.

Get #FIFA21 on either PlayStation 4 or Xbox One before FIFA 22 and upgrade your game for the equivalent next generation console (PlayStation 5 or Xbox Series X) for free.
Full details ➡️ https://t.co/No5zFAH7x6 pic.twitter.com/QFCQ3hsAo3

Unfortunately, EA Sports has not yet revealed the details for Nintendo Switch or Stadia. Even it’s not clear when FIFA 21 will be available on the new Play Station 5 or Xbox Series X. So, EA Sports has announced Dual Entitlement – you can buy FIFA 21 on either PlayStation 4 or Xbox One before FIFA 22 and upgrade your game for the equivalent next-generation console (PlayStation 5 or Xbox Series X) for free. This feature is will do the gamers a lot of good.

In the FIFA 21 trailer released by EA Sports, you can see Mbappe and Hazard. So it seems, both the PSG and Real Madrid stars will be on the cover picture of different editions of FIFA 21.

There are many glimpses of Liverpool as well. Maybe they will get a bigger focus on FIFA 21.

Controller haptics: You can sense the impact of shots, passes, catches, kicks, tackles, and hits with immersive controller haptics. A new DualSense controller on Play Station 5 with rich and responsive haptic feedback deepens the gameplay experience letting you feel the rhythm of the game in your hands.

Blazing fast load times: Faster load times get you in the game quicker than ever. Never lose focus as stadium environments will load with unprecedented speed, letting you get to the kick-off in seconds.

Off-ball humanization: From adjusting shin pads in the 89th minute to screaming for passes in the endzone, player humanization unlocks the most authentic character behaviours ever seen in sports video games letting you see the detail and feel all the emotion of football at the highest level.

Gameday immersion: New contextual player, bench, and fan reactions let you feel the explosive passion of a last-minute winner or a game-clinching touchdown. And pre-game cinematics deliver an unprecedented matchday experience to immerse you in the sights and sounds of professional football.