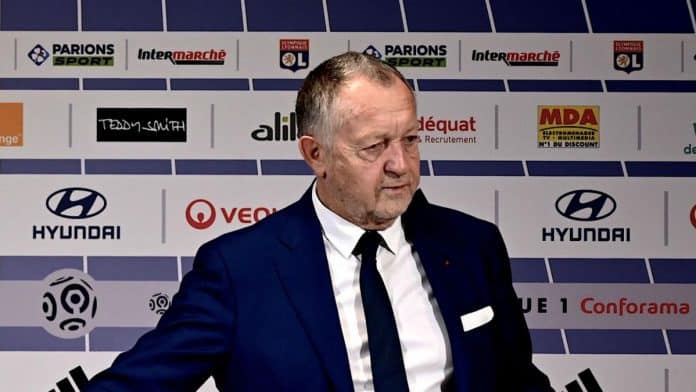 Lyon president Jean-Michel Aulas is not happy with LFP’s decision to cancel the Ligue 1 season without waiting to see out the Coronavirus pandemic and then resuming the league again, like Bundesliga or soon to resume LaLiga.

According to Aulas, LFP should have also waited and shown some patience before cancelling the season. LFP used points-per-game method to crown PSG the 2019-20 Ligue 1 champions. But all the players and clubs would have liked to play out the campaign to find out the champion.

Lyon President told L’Equipe: “In reality, what was said in the UEFA meeting, was: ‘patience’. When I see that we had French football representatives who were present, and who took different conclusions, you think to yourself that we must be idiots, excuse me for the term…”

“[Javier] Tebas said that a permanent stoppage would be a nightmare and that it would only serve those who had personal interests. The health protocols are today merely normal tools. UEFA have gone as far as producing their own protocol, which we are not even looking at in France. It is an absolute scandal.”

“It is nevertheless paradoxical that a country like Spain, which has been more affected than France by the pandemic, has thought about and found answers.”

Aulas will formally take this matter to the national courts in a bid to reconsider LFP’s decision to terminate the league. Lyon has backed up their president’s statements and have released an official statement.

“Olympique Lyonnais hopes that the example of Spain coming after that of Germany [the Bundesliga returned behind closed doors last weekend] will make it possible to reconsider the decision taken in France too hastily.”

“We can reasonably imagine the position of the coaches and players of the French championship is today much more favourable to a resumption of competition than during the UNFP [France’s players union] poll of April 23 or when Didier Deschamps told president Emmanuel Macron on April 27 of his reluctance and fears for the health of the players.”

Ligue 1 is the only league among the top five European leagues to have cancelled their season. Bundesliga has resumed on 16th May and LaLiga has received the green light from the government to resume from 8th June. Serie A and Premier League are also heading towards resuming their leagues.