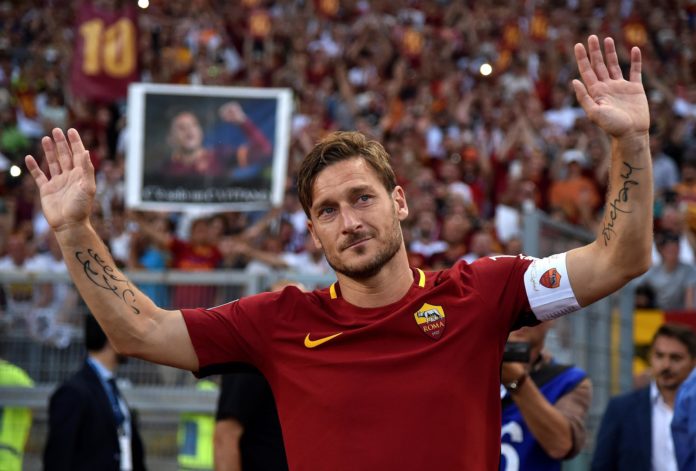 Francesco Totti was a one-club man. His loyalty was with Roma, where he has played his entire career. He has given his all for the club to win silverware.

Totti was a world-class striker and the top European clubs came after him. He has now revealed that he was on the verge of joining Real Madrid in 2004 in search of winning more silverware.

Instead he stayed at Roma and become a club legend, winning five more trophies. He also became the second-highest goalscorer in Serie A history.

Totti told Damiano Er Faina on Instagram: “My dream was to remain at Roma forever, but then it’s natural when you grow up and realise there are going to be bumps in the road over many years.”

“Milan started trying to sign me before I even made my debut for Roma. Braida came to my house and wanted to take me to Milan at all costs. The time I really was on the verge of leaving was for Real Madrid in 2004-05. I really was on the cusp of that transfer, it was practically all done.”

“I wanted to win. We’d won one Scudetto and then lost two straight afterwards. We were slowing down our progress, so I wanted us to buy champions and hire coaches to win trophies.”

“I saw a lot of problems. However, Franco Sensi was like a father to me and I gave him everything I possibly could.”

Deciding not to join Real Madrid and staying at Roma, was a blessing in disguise for Totti. Maybe he could have won European trophies with Real Madrid but playing for Roma his entire career has made him a one-club legend. He is seen as the epitome of loyalty in Italy.