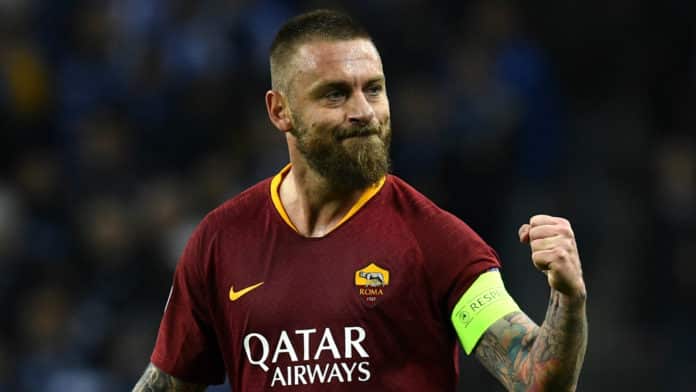 Daniele De Rossi has spent around 20 years at Roma. He made 616 appearances for the club and wore the club captain’s armband to perfection.

He enjoyed a short spell at Boca Juniors during the end of his career and has now retired. He also won football’s biggest prize, the World Cup in 2006. He was an integral part of the world cup winning Italy team.

De Rossi now wants to become a coach to help players with his experience which he gathered during his playing days.

De Rossi told Sky Sport Italia: “I followed a path that is not unique but is rare. Playing 20 years for one team doesn’t happen every day. That can’t happen if I become a coach, especially at Roma. One day I would like to coach Roma, but first I have to become a coach.”

“As well as the courses, there is a development path that all young coaches need. In a few days I went from being an old footballer to a young coach, so I start by seeing things with tranquillity and calm. I am not in a hurry to make it happen tomorrow: it could happen in five, 10 or 20 years.”

“But it will happen only because I will have become good, not because I was an important player for this team. I have always been recognised as a leader, so maybe I will take advantage of this, but the coach is much more than this.”

“I will go to see a thousand coaches, because I need it. A child on his feet cannot see how an elderly man is sitting. I am a child right now. They will be professional trips but also fun because I really like this world.”

Ola Solbakken to join Roma until 2027