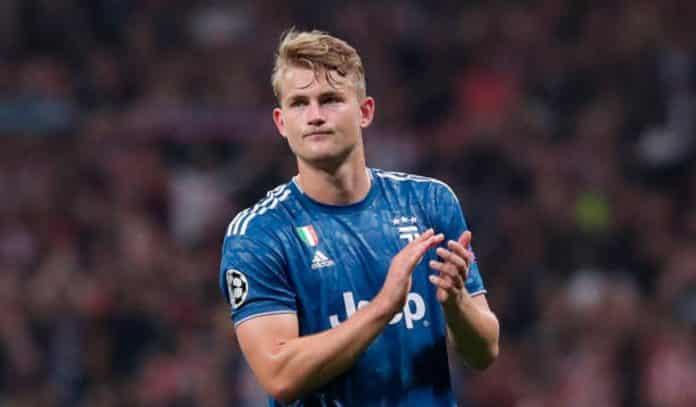 The Ajax team was the standout team in the whole of Europe last season. They won the Eredivisie and made a dream run to the Champions League semi-final. De Ligt led the young Ajax team to the famous Champions League victories against Real Madrid and Juventus.

De Ligt joined Juventus for a reported €75million at the beginning of this season. When he first met his teammates at Juventus, he was starstruck by seeing Buffon and Ronaldo and felt like ‘a child in a candy shop’.

De Ligt told Foot Truck in an interview: “Juventus told me also like, ‘All right, you’re young, but also the reason we want to buy you is because you are already really mature, you know how to handle pressure’ and stuff like that. They also said to me it’s difficult for a 19-year-old to go to another country and of course it’s going to be difficult for you but we have confidence in you that you will find your place soon.”

“Obviously when I came into the dressing room the first time I was a little bit like a child in a candy shop, like, ‘There’s Buffon, there’s Ronaldo’. In the beginning, you’re just a little bit looking like who’s that, who’s that and stuff like how is he? After really two months I felt really like I could be more myself.”

He further added: “In the beginning, there was already a lot of eyes on me in the games. In the second game I played I made an own goal and then you know there’s even more pressure.”

“I knew in the training I was training good, I felt good, but in the games, it was still a little bit of adaptation to a new style of play. In the beginning, it was difficult but I think step by step I improved in that case.”

De Ligt initially struggled in Turin but has now almost settled in the Juventus team. He had made 27 appearances in all competitions before the 2019-20 season was suspended due to the Coronavirus pandemic.