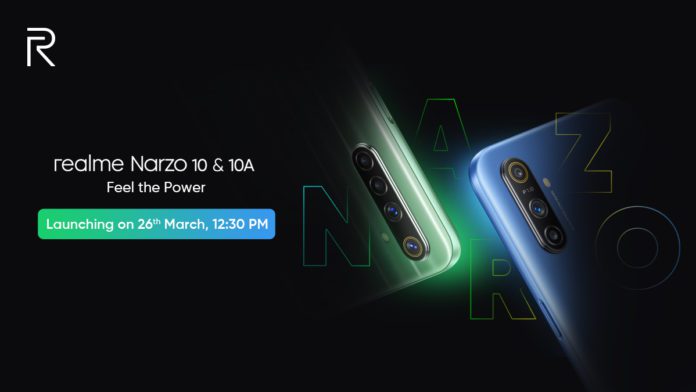 Realme has announced a new series of the smartphone which they named NARZO. This Narzo series is going to debut on 26th March, 12:30 PM onwards via their social media platforms. The Narzo series will debut with two smartphones primarily, Narzo 10 and Narzo 10A.

As the Narzo series is totally new so we have not got any detailed feature list of these phones till now. But from the image itself, we know that the Narzo 10 will get some kind of aura design with visual distortion using nano-coating at the back and the Narzo 10A will have a simple colour back panel.

The Narzo series is more likely to become the budget-friendly segment. Developed by the company, the series will compete solely against all the smartphones that are around Rs.10,000 range.