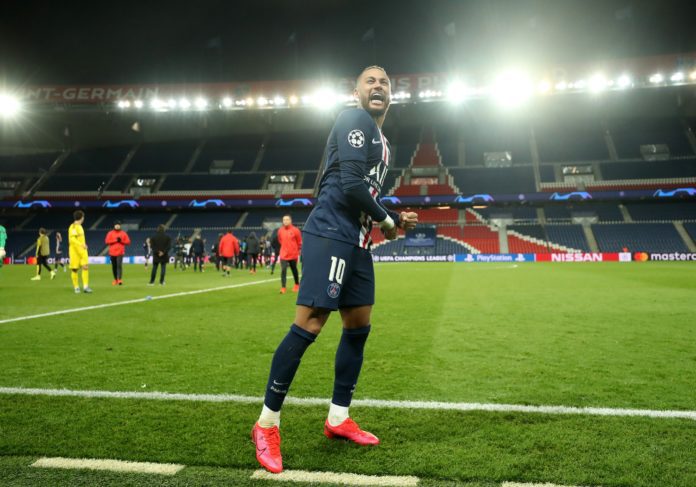 Neymar’s record transfer fee has been speculated quite often and PSG’s dream of achieving Champions League success has always been left unfulfilled even though how much money have they spent in the transfer window.

PSG chairman Nasser Al-Khelaifi proudly unveiled his €222 million (£200m/$262m) signing in 2017, calling him the best player in the world after claiming “Neymar has come to join us to write Paris Saint-Germain history.”

Since then the Brazilian has helped PSG to win the league twice and recorded a domestic double since the Brazilian’s arrival. Their Champions League dream remains shattered till now, even though Neymar being involved, they defeated by Real Madrid in the first leg of the last 16 in his maiden season.

PSG was up against the valiant Borussia Dortmund who has terrific youth players like Erling Braut Håland, Jadon Sancho. In the first leg, Borussia made it 2-1 to win the home game and last night they faced PSG at their home which was crowd-less due to the COVD19 fear.

It was Neymar who netted in the first leg in Dortmund but stepped up the game in the return match to become the talisman for PSG which have long demanded.

After 28 minutes, Neymar lost his marker in the penalty area to head home the opening goal for the PSG and already pressurised the yellow squad on the away goal advantage.

In the second goal, the Brazilian picked up the ball with his back to goal, turned quickly even though being in a tight space and somehow picked out Angel Di Maria on the far side of the area, who played the ball out wide and Juan Bernat’s slight touch beat Burki to seal the win for PSG at the dying minutes of the first half.

As Kylian Mbappe was unwell at the bench, PSG relied on Neymar and he proved why he is one of the best in the world and made Thomas Tuchel’s side secure in the knockout phase.

Not only his attacking mentality was praised, but also he dropped back to support his team-mates and win back possession. His clever movement and dribbling ability also helped bring out the ball and relieve pressure on the team from the left-wing and he was the creative man yesterday.

Neymar was involved in more duels yesterday than his team-mates and his fighting spirit encouraging those around him. Having reached the Champions League last 16, PSG can now count on the Brazilian to chase their much craved Champions League title.

REVEALED: The real cost of Neymar’s transfer to PSG has been over €500 million

Anthony Elanga in talks with Borussia Dortmund over loan move