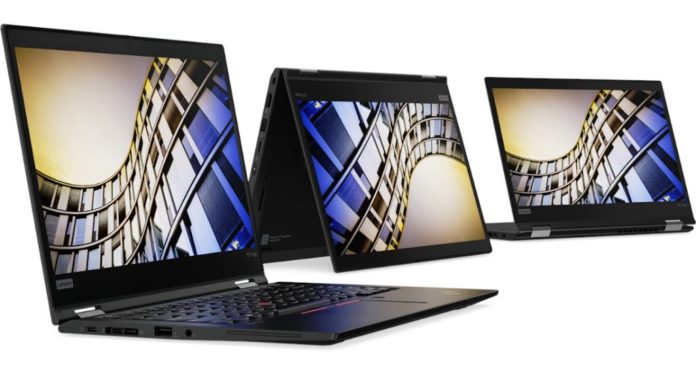 The regular ThinkPad X13 will feature both the 10th gen Intel Comet Lake series CPUs with vPro and you’ll have AMD Ryzen Pro 4000 processor options as well, on the other hand, the convertible ThinkPad X13 Yoga will be an Intel exclusive.

These laptops can be configured with an FHD 500 nit PrivacyGuard ePrivacy display with PrivacyAlert while the Lenovo ThinkPad X13 Yoga will feature up to 13.3 inch 4K UHD OLED panel with Dolby Vision.

On the battery front, the ThinkPad X13 gives up to 17.5 hours of battery life while the X13 Yoga gives 15.5 hours of battery (on the lower res panel). Then you get Windows 10 Pro pre-installed along with Backlit keyboard and up to HD+ IR webcam support.

The Intel-powered laptops do enjoy the benefit of NFC support and also the ThinkPad X13 series weighs light, only around 1.2Kg and does have Backlit keyboard as well. With the ThinkPad X13 Yoga, you also get the ThinkPad Pen Pro to increase productivity.