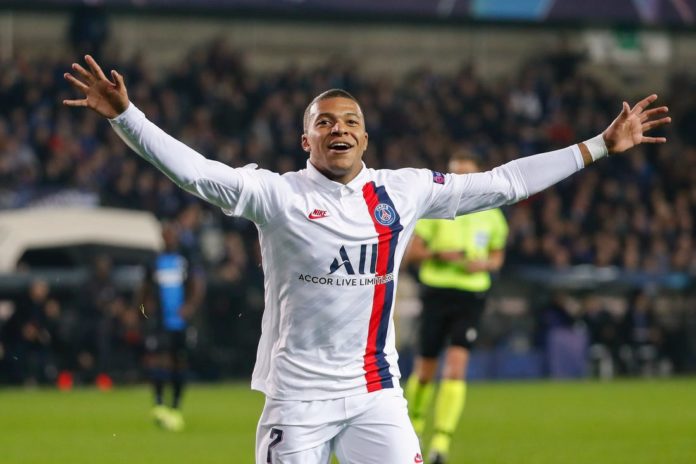 PSG star Kylian Mbappe is just 20 years and 306 days old but he has achieved so much in his short career that most of the footballers can only dream of. He has won the 2018 World Cup as a teenager. He also won the Ligue 1 consecutively with Monaco and PSG and along with that bagged the Ligue 1 Player of the Year.

Kylian Mbappe has now scored the most Champions League goals before age 21.

Along with that, Mbappe has also shattered Lionel Messi’s Champions League record. He has become the youngest player to ever score 15 career Champions League goals. He accomplished this feat nearly a year quicker than Messi, who was 21 years and 288 days when he smashed Raul’s record of 22 years and 163 days.

Moreover, Mbappe has also become the first player in the Champions League to score a hat-trick off the bench since Villarreal’s Joseba Llorente performed the feat against Aalborg back in October 2008.

In short, the match against Club Brugge was full of records being broken by one of the best young players on this planet. But sadly, Mbappe has started just four times in all competitions this season due to thigh and hamstring injuries. But now he has scored four goals in two matches since returning from his latest setback and insisted he feels ready to play a full part in games.

Mbappe told RMC Sport: “I wanted to start the game. I thought I was going to start. The coach made his decision and you must accept it. I wanted to go on the pitch and show that it’s hard to do without me.
Football is a passion for me – I love to play. It’s been two months since I could properly play. It has been very painful. I want to play every game. If you’re on the pitch, it’s because you can play. I had to be patient but now it’s over. It’s all behind me. But today’s not a victory for Kylian – it’s a victory for PSG.”