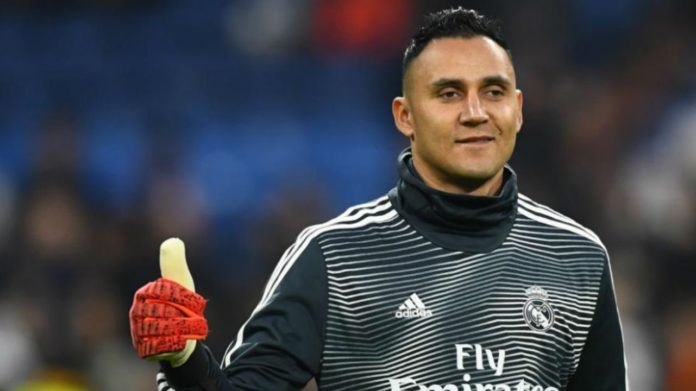 Keylor Navas was guarding the goal for Real Madrid as they were busy creating histories in Europe. Zidane trusted Navas as his No. 1 as they went on to win three consecutive UEFA Champions League – a record which seems to remain intact for a very long time. During his tenure, he also won one LaLiga and two UEFA Super Cups.

The Costa Rica international signed for Real Madrid from Levante in 2014 after impressing at the World Cup in Brazil. Navas was brought to the Bernabeu as a deputy to Iker Casillas and since then he has gone on to become one of the most successful goalkeepers of this generation. He has made 162 appearances at the club.

But Real Madrid signed Thibaut Courtois in the summer of 2018 and Navas have struggled to get first-team minutes since then. He had made only 10 LaLiga starts last season and did not make any appearance this season. PSG was looking for an experienced goalkeeper as Buffon made a dramatic return to Juventus again this summer. Keylor Navas perfectly fits into their requirement and PSG quickly took advantage of Navas’ situation at Real Madrid and signed him on for around €15m.

Real Madrid said in an official statement: “Real Madrid C. F. and Paris Saint-Germain have reached an agreement over the transfer of Keylor Navas.
The club wishes to express its gratitude and affection for the player’s conduct and commitment throughout his five seasons at Real Madrid. Navas was a part of one of the most significant spells of our history, during which time he lifted 12 pieces of silverware, including three Champions League crowns.
Real Madrid wish the player all the best in this latest chapter of his career.”

Meanwhile, Alphonse Areola joins Real Madrid on a season-long loan, with no option to buy included in the deal. The 26-year-old spent several years in the PSG youth sides before making his senior debut in 2013 as the club went on to win the league. The goalkeeper then picked up two more Ligue 1 titles, along with back-to-back French cups. Areola was also a member of France’s 2018 World Cup-winning squad. He will provide a backup to Courtois this season. The no option to buy clause in Areola’s deal means Andriy Lunin will serve as the second-choice goalkeeper in the long run.

Real Madrid published an official statement: “Real Madrid C. F. and Paris Saint-Germain have reached an agreement over the loan of Alphonse Areola for the current campaign. Real Madrid’s latest signing will remain at the club until 30 June 2020.”

Keylor Navas will always remain a hero at Real Madrid. He has given his all to the club. He was more than dependable under the bars but somehow he lost his place to Courtois in recent times. His Real Madrid days were full of trophies. When he arrived at 2014 Real Madrid, they were preparing for the after-Casillas era. Navas handled the transition period magnificently and performed above expectations. He won the hearts of the Bernabeu with his performances.

Thibaut Courtois will be under pressure now to perform at the Bernabeu. He has lacked that consistency which he showed at Chelsea. He needs to improve his footwork as well to help the team get back to winning ways. Though Areola has not reached Navas’ level still now, but he will give a good competition to Courtois for the job under the bars.