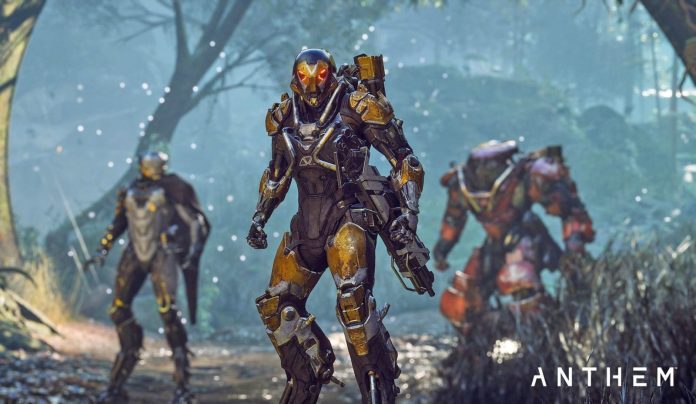 Gaming Industry Is Ready To Bring the Finest Games this 2018, So Here Are the Top 11 Upcoming Games

After the launch of hell lot of games in 2017, we are soon about to experience the finest games that are on its way…So, we have brought the Top 11 Must-Play Upcoming Games for 2018…

The titles that publishers and developers have planned up their sleeves could make 2018 another amazing year for Gamers!

Titles like the long-awaited Spider-Man title from Insomniac Games coming exclusively to the PlayStation 4, Bioware’s next shared open world game Anthem and the highly anticipated Red Dead Redemption 2 from Rockstar will both make their debuts this year. If this year plays out anything like 2017, it will be a bloodbath for Game of the Year!

Welcome to Hope County, Montana, home to a fanatical doomsday cult known as Eden’s Gate. Stand up to cult leader Joseph Seed & his siblings, the Heralds, to spark the fires of resistance & liberate the besieged community.

Ever since its unveiling at 2015’s Gamescom, Crackdown 3 has been eagerly awaited by the Xbox community! Featuring fully destructible environments (when playing online) thanks to cloud computing technology and a huge open city to explore with friends, Crackdown 3 will be one of the hottest games coming to the Xbox One in 2018!

Metro Exodus is an epic, story-driven first-person shooter from 4A Games that blends deadly combat and stealth with exploration and survival horror in one of the most immersive game worlds ever created.

As a hunter, you’ll take on quests to hunt monsters in a variety of habitats. Take down these monsters and receive materials that you can use to create stronger weapons and armor in order to hunt even more dangerous monsters.

This game has already released and you can go to its official site here:

In Monster Hunter: World, the latest installment in the series, you can enjoy the ultimate hunting experience, using everything at your disposal to hunt monsters in a new world teeming with surprises and excitement.

Quantic Dream has a track record of creating immersive and nuanced tales that come exclusively to the PlayStation family of consoles. Their next title, Detroit: Become Human, that will come exclusively to the PlayStation 4 looks to take their vision of storytelling and heightens it to the millionth degree. Set during an android uprising, players will control three androids thrust into this revolution in a fight for what it means to be “human”.

A difficult and unfamiliar road awaits as you explore a stunning retelling of a classic story. Join Kratos as he adventures through a deep and reflective journey of growth, violence and the desire to become a better man for the sake of his son. In a world of monsters, dragons and gods, the weight of responsibility rests heavy on your shoulders – and when your life is filled with blood and chaos, how can you prevent the mistakes of the past in order to protect your future?

Anthem is an upcoming online multiplayer action role-playing video game being developed by BioWare and published by Electronic Arts. It is slated for a 2018 release on Microsoft Windows, PlayStation 4 and Xbox One. Players will assume the role of a Freelancer, one of a group of bold and courageous people who leave their civilization to explore a lush and dangerous landscape.

Sony Interactive Entertainment, Insomniac Games, and Marvel have teamed up to create a brand-new and authentic Spider-Man adventure. This isn’t the Spider-Man you’ve met or ever seen before. This is an experienced Peter Parker who’s more masterful at fighting big crime in New York City. At the same time, he’s struggling to balance his chaotic personal life and career while the fate of millions of New Yorkers rests upon his shoulders.

Developed by the creators of Grand Theft Auto V and Red Dead Redemption, Red Dead Redemption 2 is an epic tale of life in America’s unforgiving heartland. The game’s vast and atmospheric world will also provide the foundation for a brand new online multiplayer experience.

So, here were the top 11 upcoming must-play games for 2018…Tell us which one did you liked the most? Have more to add? Comment down below… 🙂

What Argentina need to do to stay alive? Messi Retiring ???