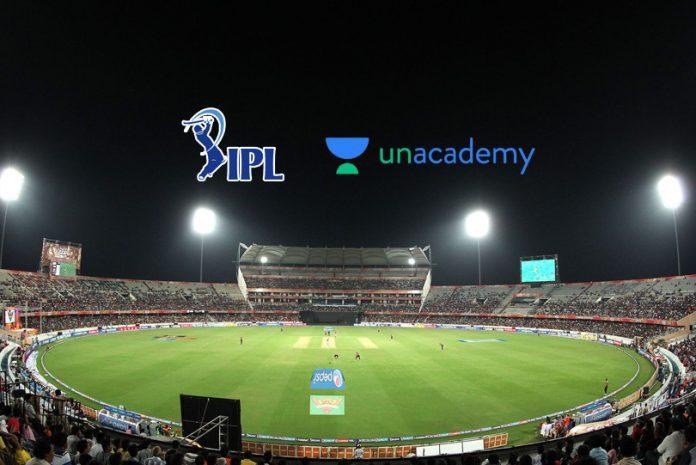 After getting Dream 11 as the title sponsor of IPL 2020, there is another good news from the officials that an Ed-tech company from India will be the official sponsor of this year’s IPL. The company is Unacademy which is a very reputed and renowned company nowadays.

Future Group has been financially hit by the Coronavirus pandemic so they have pulled out of IPL. So now, Unacademy has signed for three years as IPL central sponsor and will give a huge range of Rs 120-130 crores for the period of sponsorship.

BCCI announced to vacant slots for the central sponsors. Now, one is occupied by the Unacademy, BCCI is in talks with the Credit Card payment company CRED for the second slot. But there is no official approval for CRED, as the process is still running. In the case of other sponsors PayTM is the IPL’s Umpire partner and also BCCI’s title sponsor for those Bilateral cricket series and domestic cricket in India. CEAT is the Strategic Timeout Partner of IPL.

BCCI is pretty much confident that they will get over the current situation and IPL 2020 will also be as electrifying as the previous seasons.

Unacademy lays off around 350 Workers in a shocking move

IPL Sponsorship: Dilemma as Upstox and Unacademy to back out as sponsors